The Church Of The Holy Cross in Vinci, Italy.

Hi, a lot has happened since my last blog post :P I went on my first vacation with Xena ♥ and followed her and her crew to the Unicorn Festival in Vinci, but more about the festival later. Vinci is a small medieval town, located in the picturesque Tuscany region of Italy.

In this post, I would like to show you a portrait of Vinci, which is also known as the hometown of Leonardo da Vinci, his name literally meaning Leonardo of Vinci. Leonardo was actually born in a small farmhouse about three kilometers uphill of Vinci, in a town called Anchiano.

We stayed in a lovely cottage, called Le Colonie, in the countryside a bit outside of Vinci, before moving to town for the Unicorn Festival.

This is the view when walking from our cottage to Vinci. From here you get a very nice view of the small town. In the middle, you can see the Church of the Holy Cross and on the right the tower of the medieval Castle of the Counts Guidi. 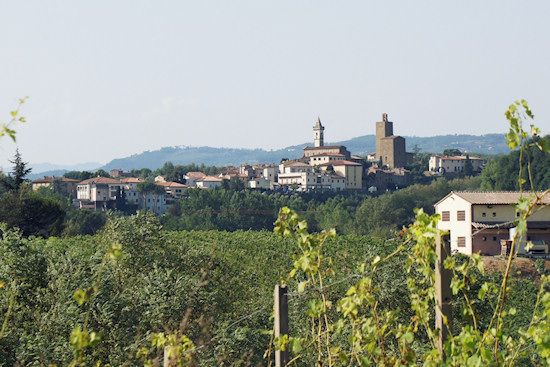 The historic center of Vinci is surrounded by stone walls, sheltering the old castle, which is also called the "Castle of the Ship" for its ship-like shape. 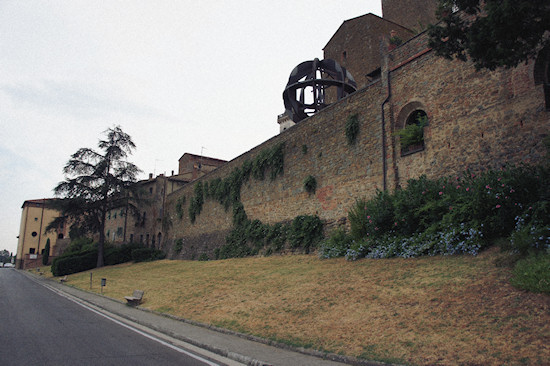 Walking upstairs to the Castle and the Museum of Leonardo da Vinci. 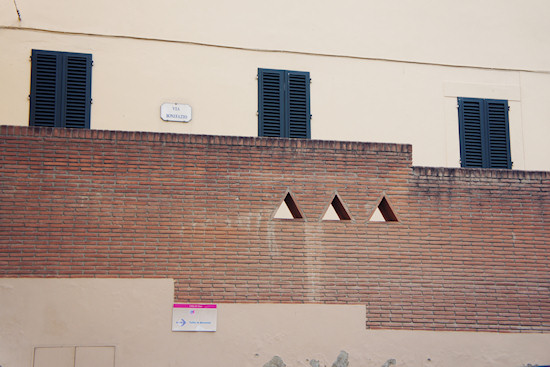 The Wooden sculpture "Vitruvian Man" is located on the terrace near the Leonardo Museum. 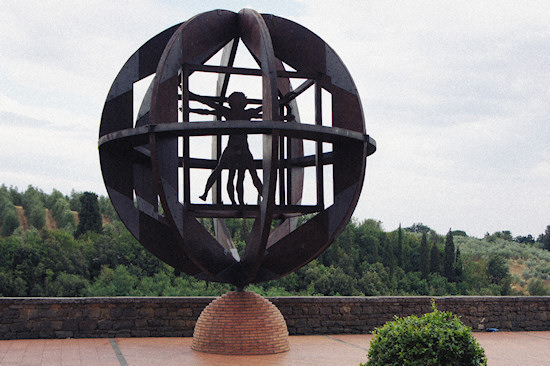 The Piazza dei Guidi in front of the Leonardo Museum. 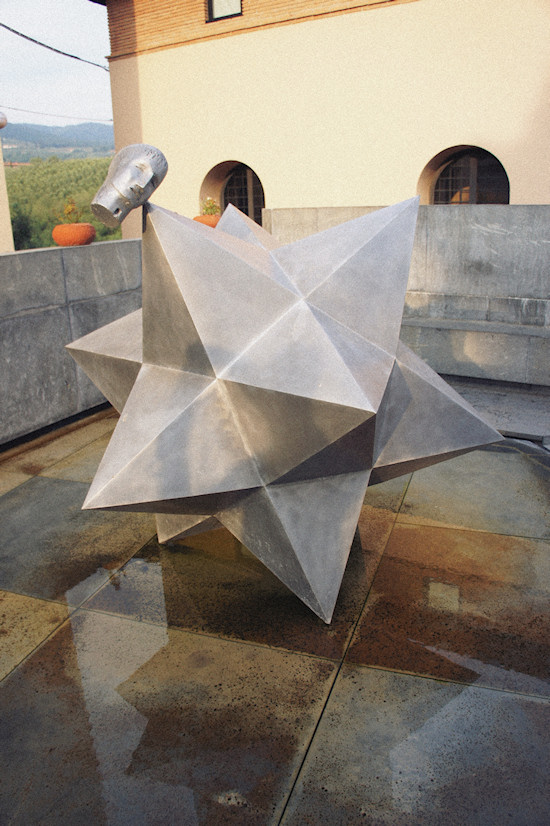 Proceeding our tour through the narrow streets of Vinci to the Church of the Holy Cross. 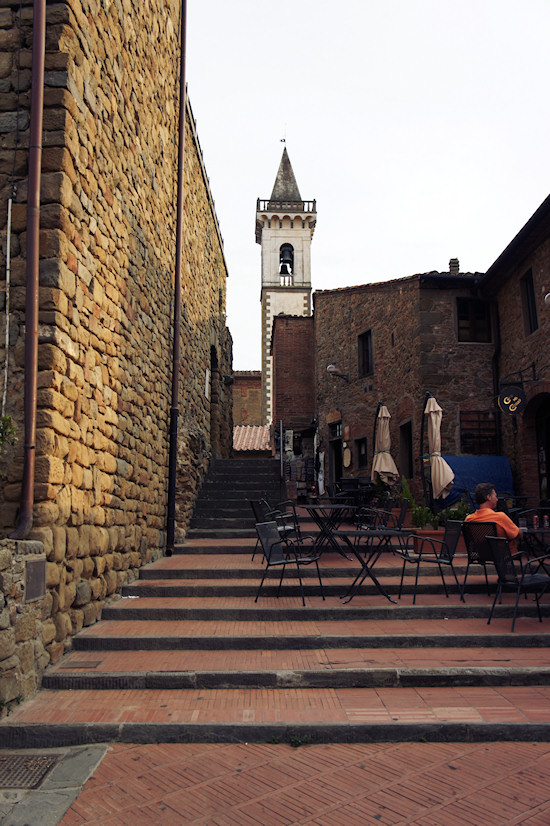 Relief on The Church of the Holy Cross (Santa Croce) 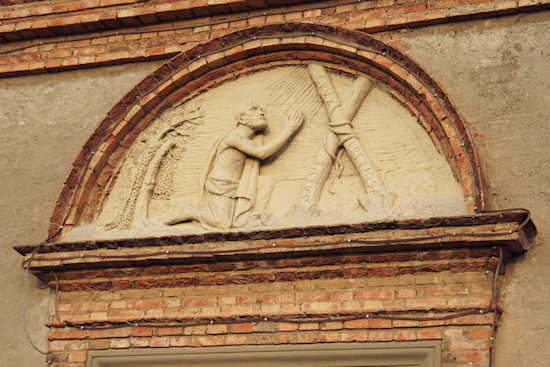 Strolling through the historic center and its lovely narrow streets, we met these cute residents of Vinci. 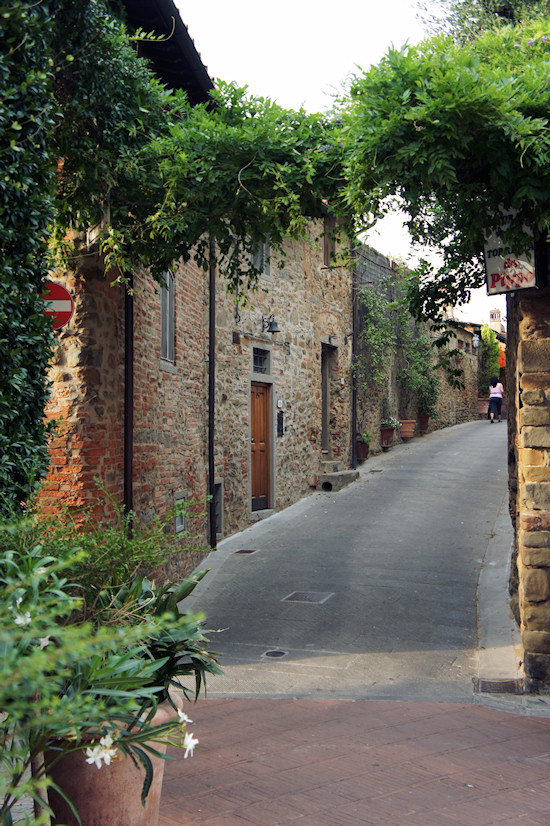 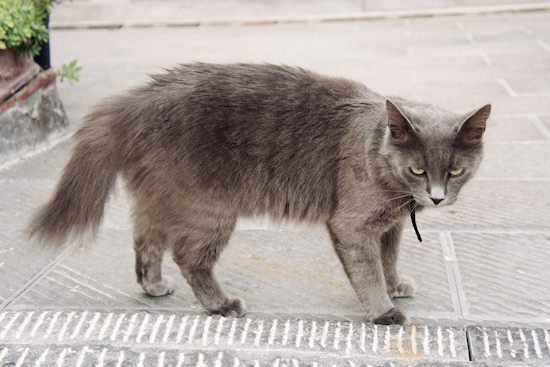 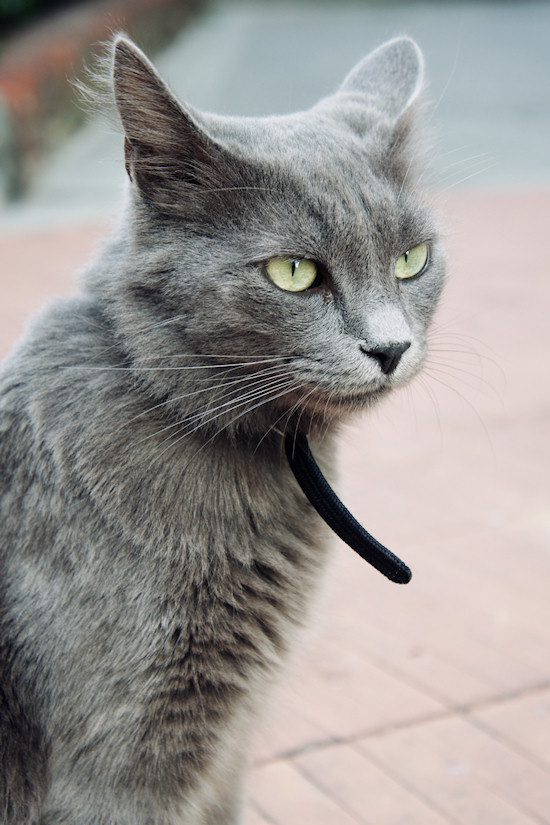 The medieval Castle of the Counts Guidi, now housing the second part of the Leonardo Museum. 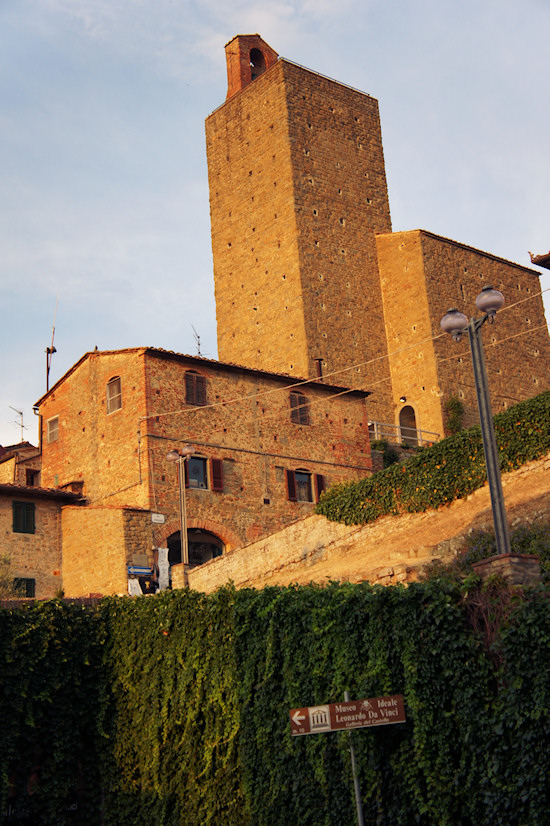 The stone walls of Vinci. You can get lost in another time era when staying for some days in Vinci. Little seems to have changed here and you can still breath the medieval and romantic atmosphere :) 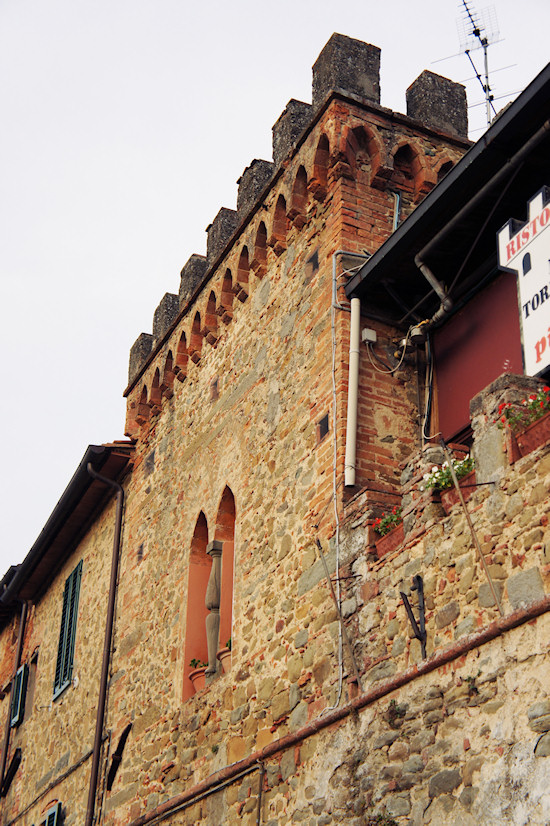 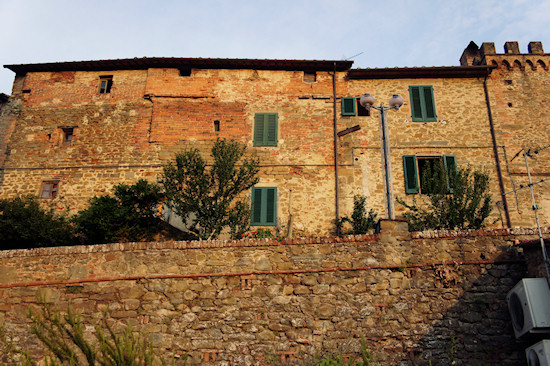 A chain and a hook in the stone wall. 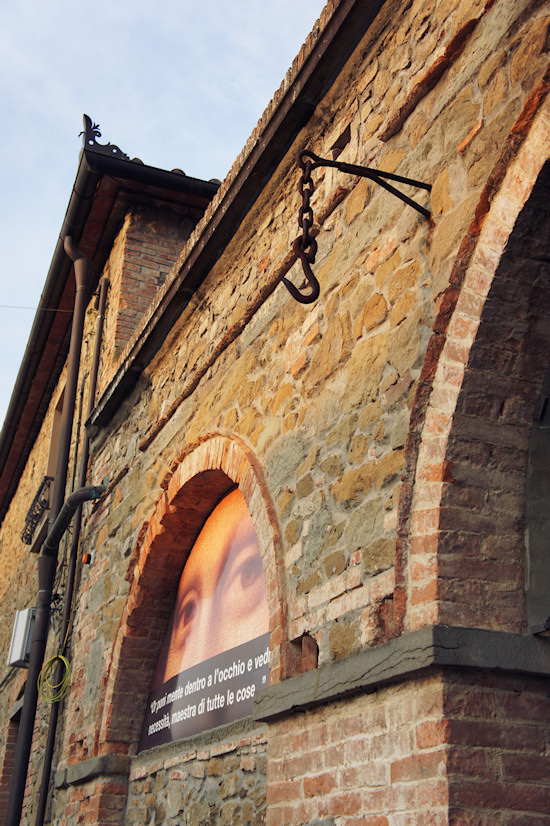 The Roofs of Vinci, very romantic :) 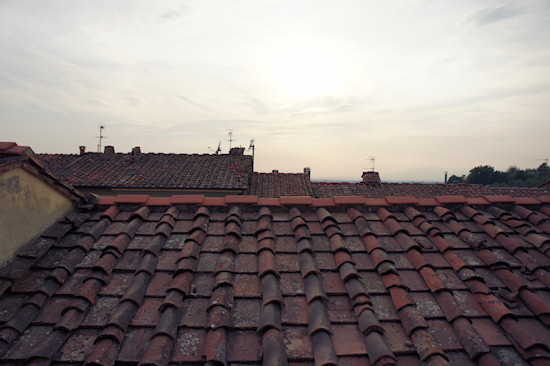 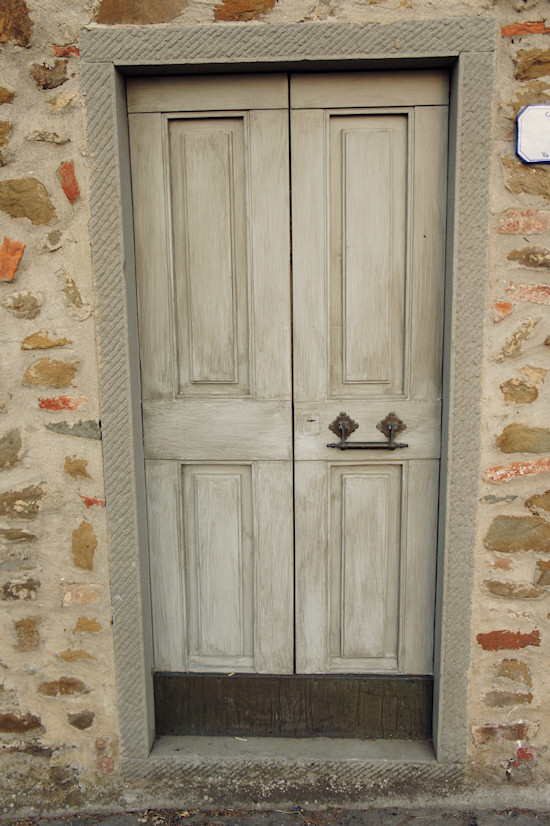 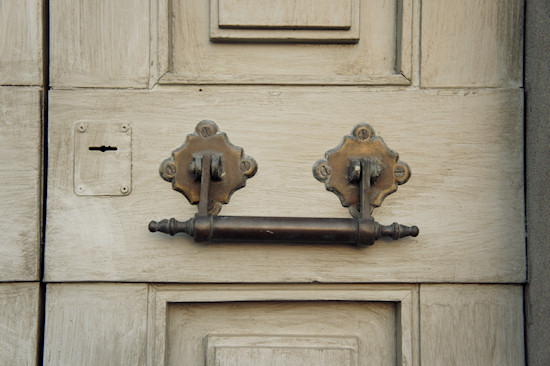 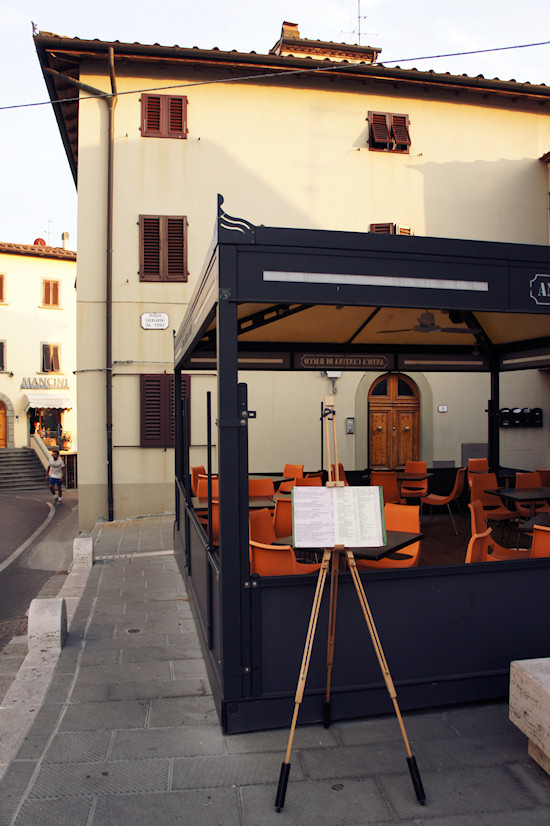 Leonardo's Horse. A sculpture that was intended to be the largest equestrian statue in the world, commissioned by Duke of Milan Ludovico il Moro in 1482, but never completed. 500 years later, various replicas of Leonardo's design have been built, including this smaller version at the Piazza della Libertà (Liberty Square) in Vinci. 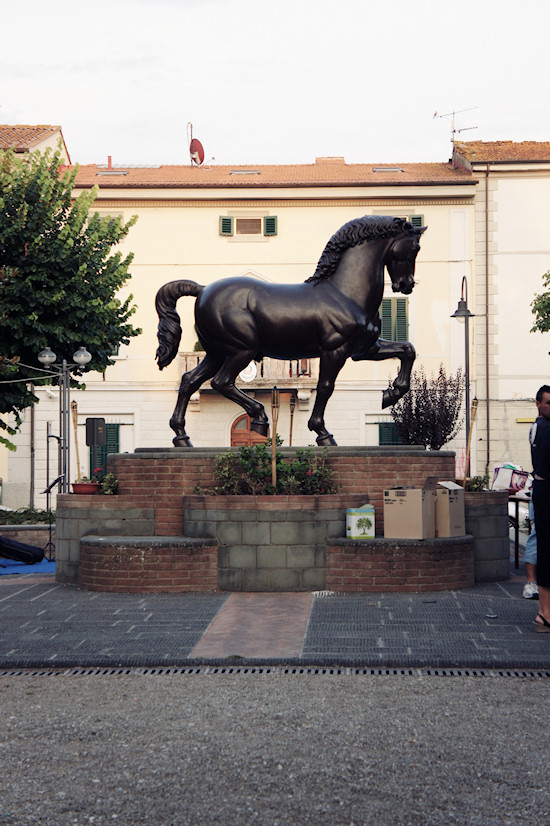 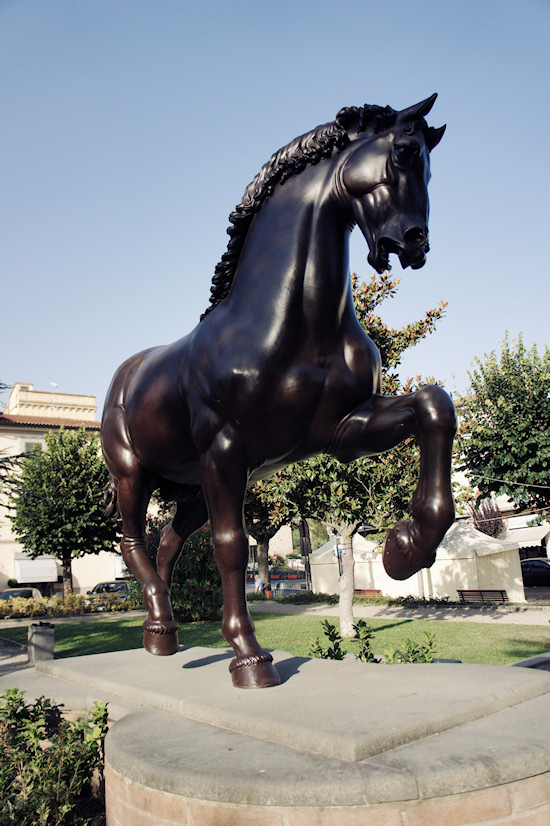 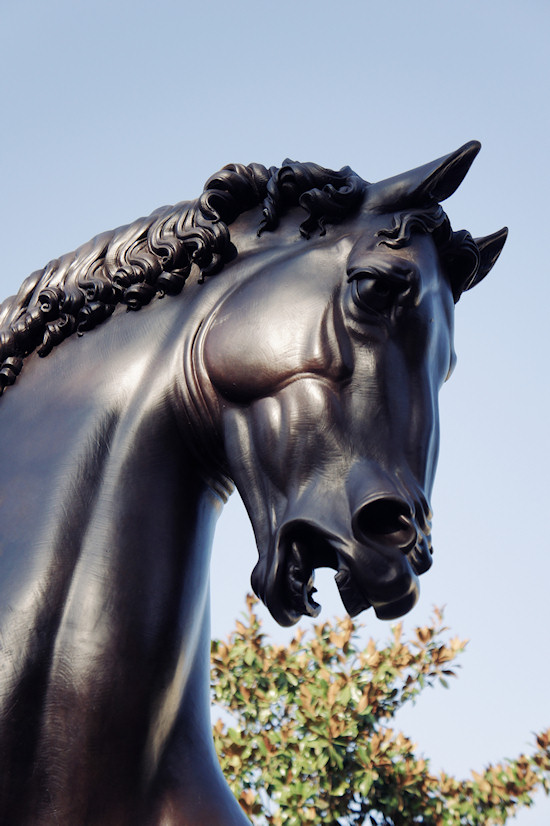 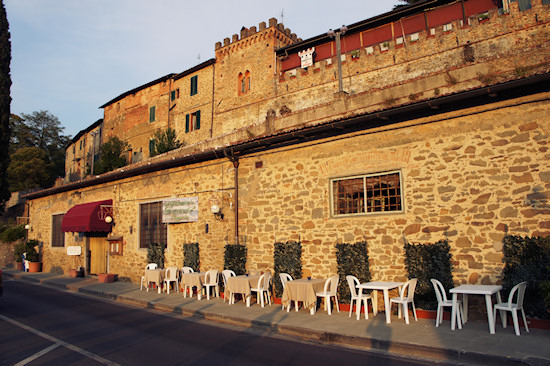 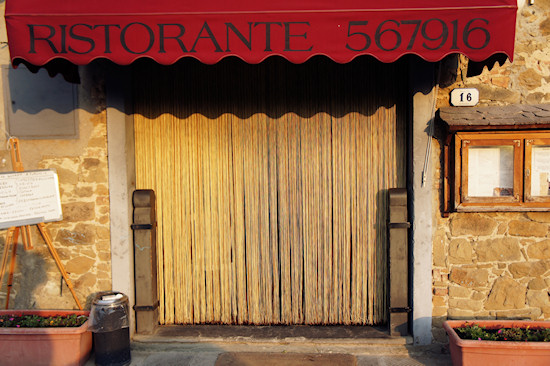 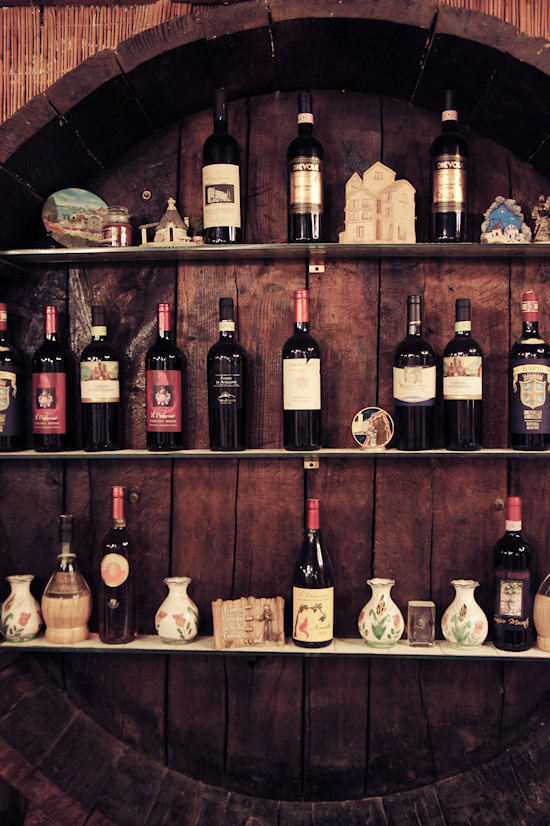 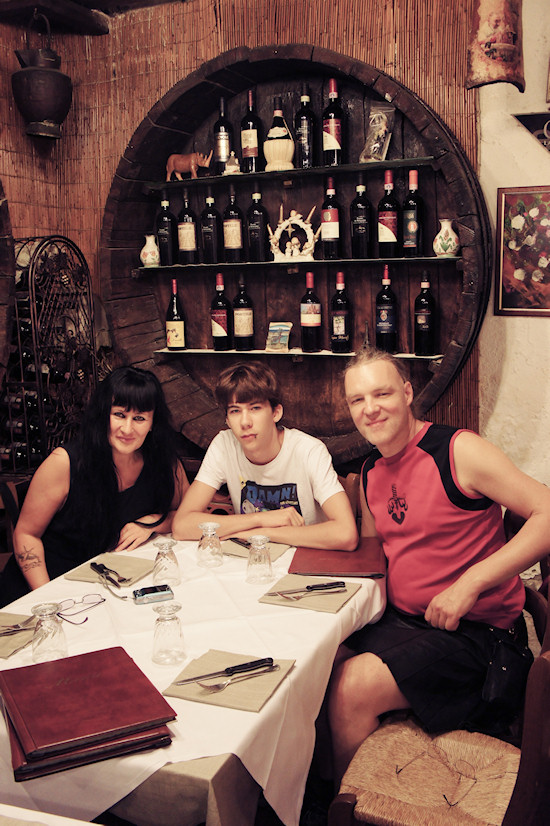 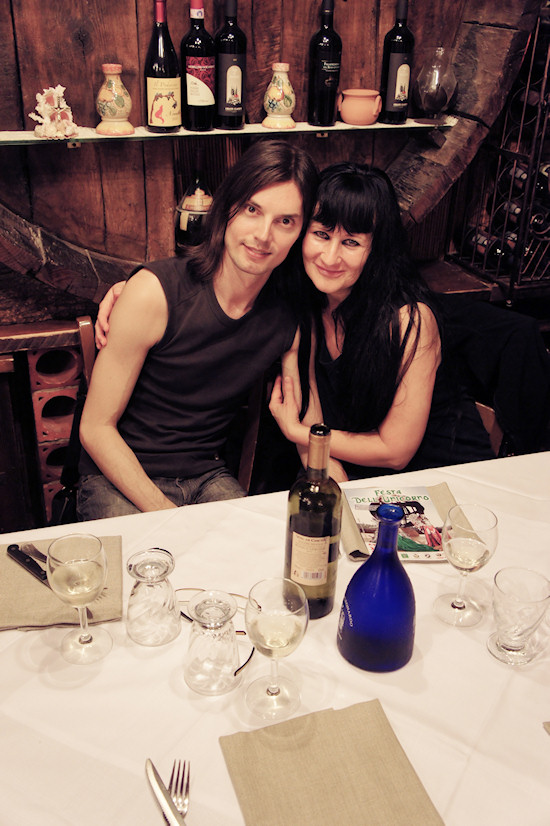 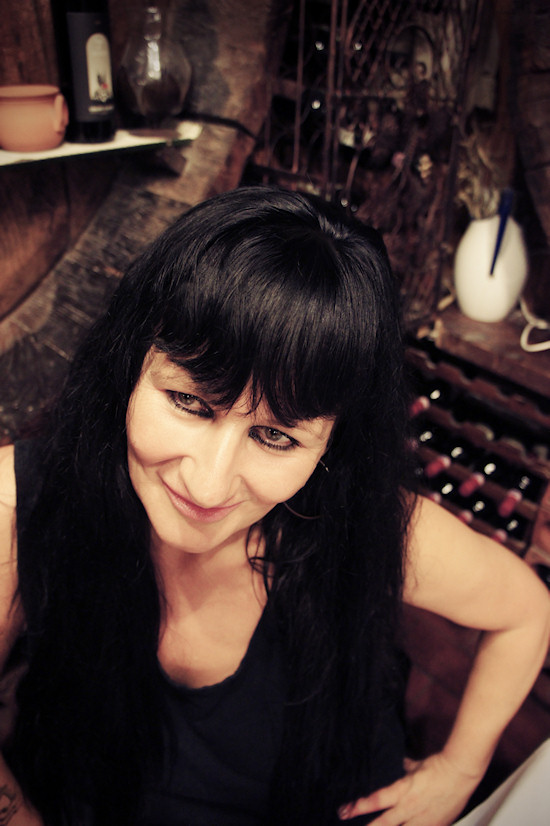 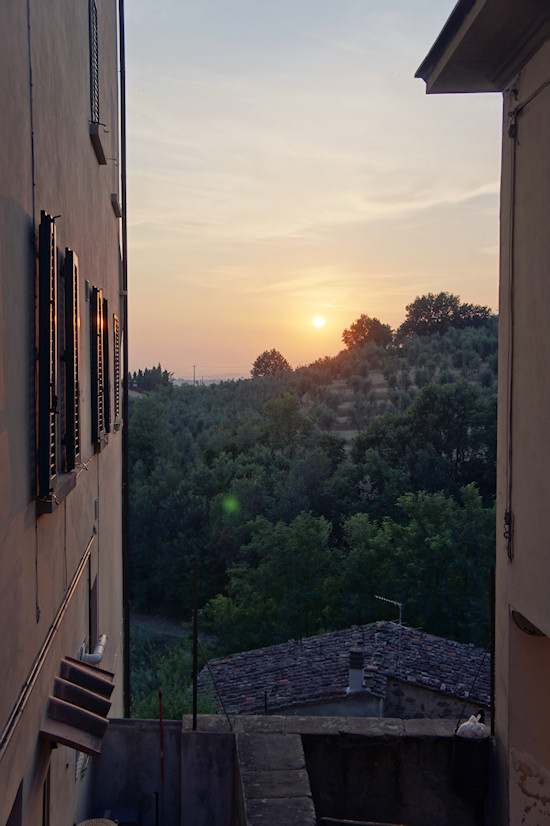 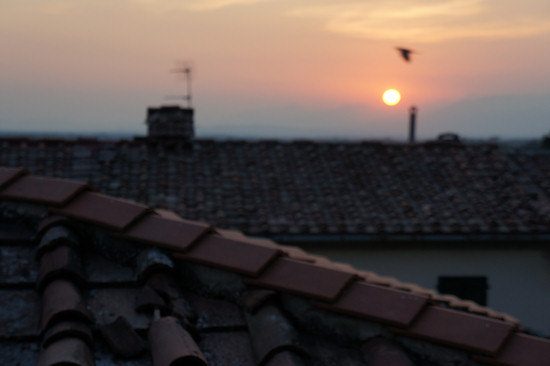 The first part of our Italy tour ends here. Hope you enjoyed the portrait of Vinci :) If you would like to learn more about Vinci and our adventures in Italy, proceed to The Leonardo Museum.

Thank you for this great and detailed report of this enchanting village. Staying there with you was one of the happiest times in my entire life ;P

@Xena: Looking forward to our next xenalicious adventures with you ♥ Kisses and Hugs, Viki

Looks amazing! I would love to visit one day, I'll take notes.

Have a great week,

Thank you for bringing me back home, even if only for

a moment. Living in Italy has been a dream of mine

since my teenage days, time is growing shorter for

me to realize my final goal. Fantastic pictures...

:) would live to live in Italy

The Leonardo's horse has engravings in the pupils and the mane

Nice presentation! I will return one day. My last stay was 1486 and I miss the view from the castle balcony. Cheers Leo