A visit to the Leonardo da Vinci Museum in Vinci, Italy, shows the famous painter of Mona Lisa from a different angle, as an incredible engineer, architect and scientist. 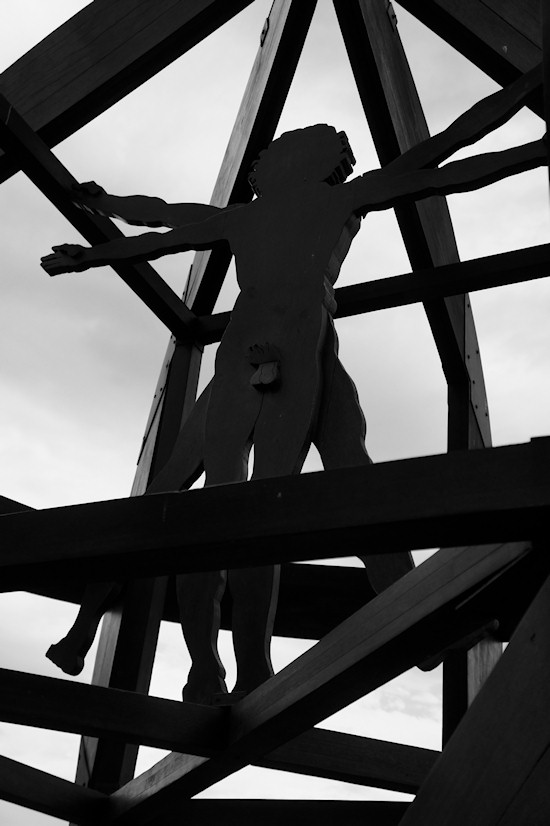 The Vitruvian Man sculpture behind the Leonardo Museum.

Hi, welcome back to Vinci, the hometown of Leonardo da Vinci. In this post we are going to visit the Leonardo Museum (Museo Leonardiano) located in the historic center of the small medieval town Vinci.

The museum is spread between two buildings, the Palazzina Uzielli and the Conti Guidi Castle, and is devoted to Leonardo's ingenious inventions, machines and his study of light and geometry.

Our tour starts on the square dei Guidi in front of the ticket office and the first part of the exhibition. The square shows a grid of geometric shapes, and features a prominent polyhedron with a head sculpture spiked on one of its edges :/ 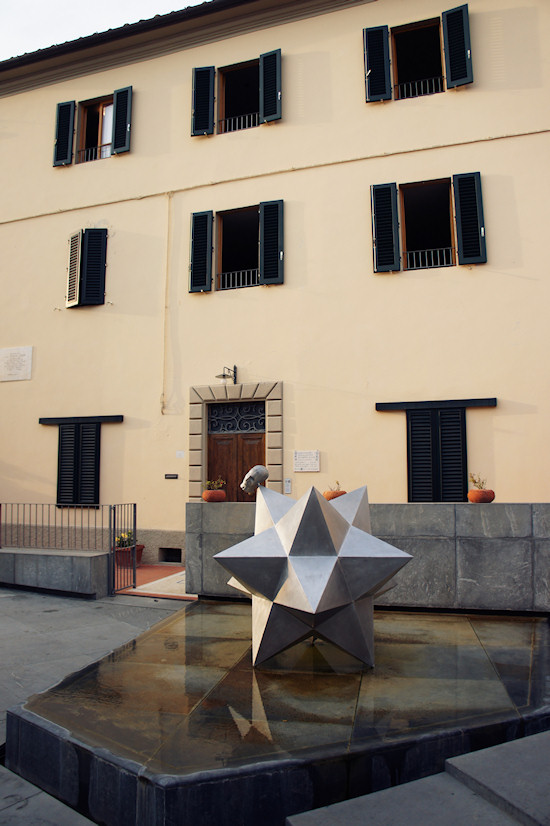 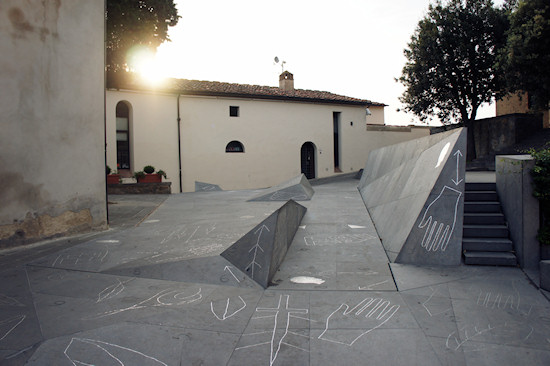 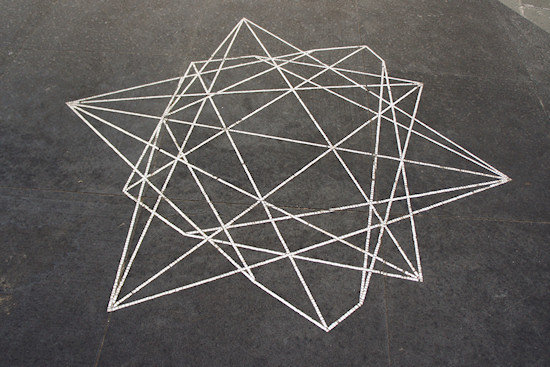 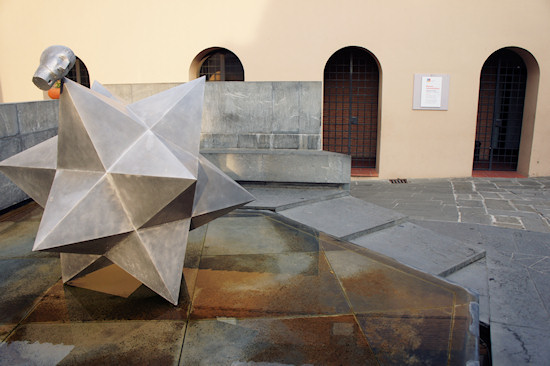 Going inside the museum, we are presented with a collection of machine replicas, built based on Leonardo's journals and drawings, with a large number of machines dealing with automation. 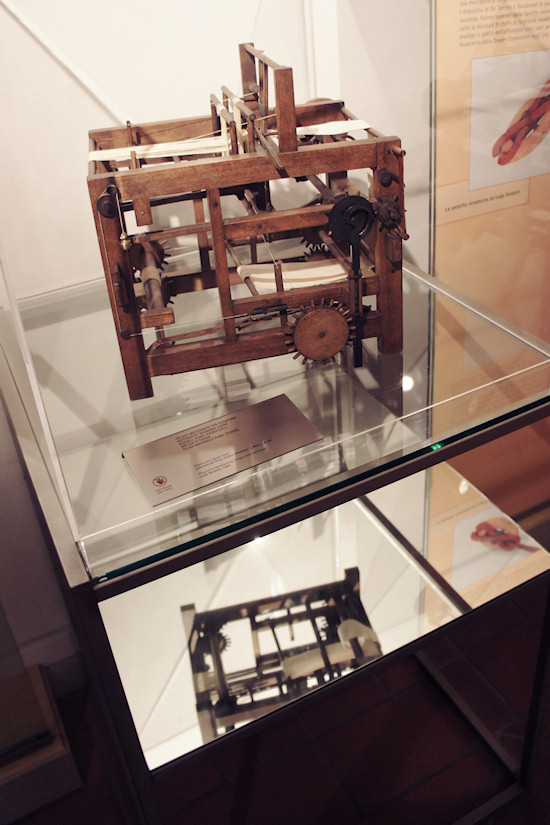 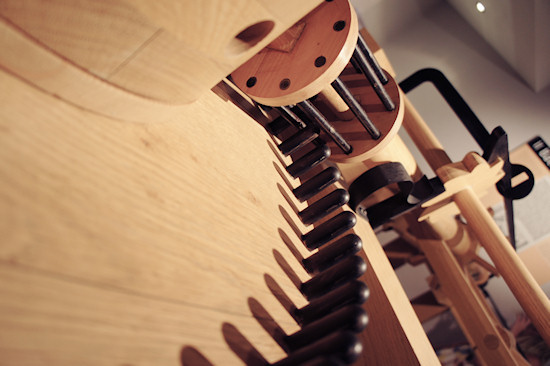 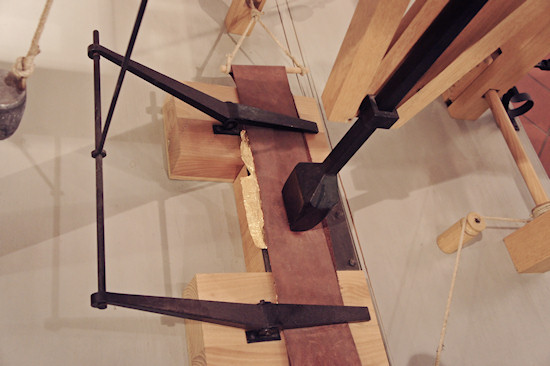 The second and larger part of the exhibition is located inside the Conti Guidi Castle. 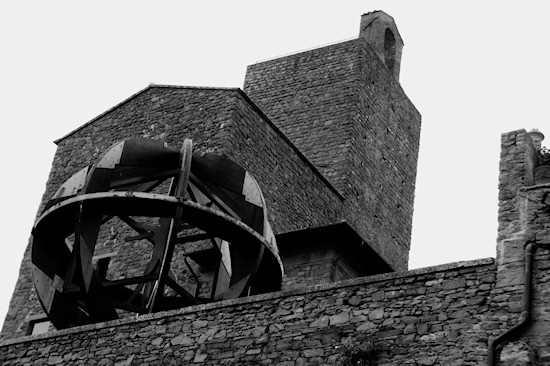 A geometric shape recalling Leonardo's interest in mathematics and geometry. 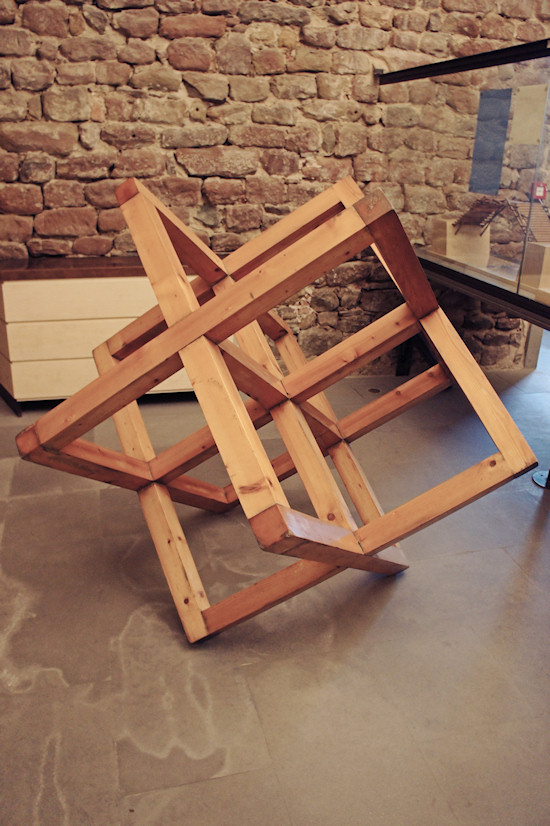 The "Leonardo's Bicycle" was attributed to Gian Giacomo Caprotti, a pupil of Leonardo da Vinci, but later believed to be a fake. It is still unclear, if Leonardo really designed the first known "bicycle". 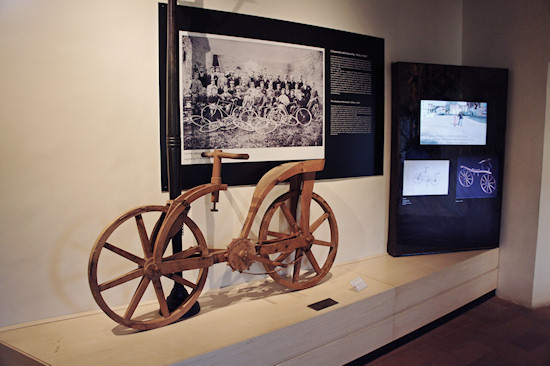 Most of the reproductions in the museum are based on Leonardo's notes and drawings and many of them were not feasible to construct during his lifetime. Nonetheless, Leonardo's vision and foresight are incredible. 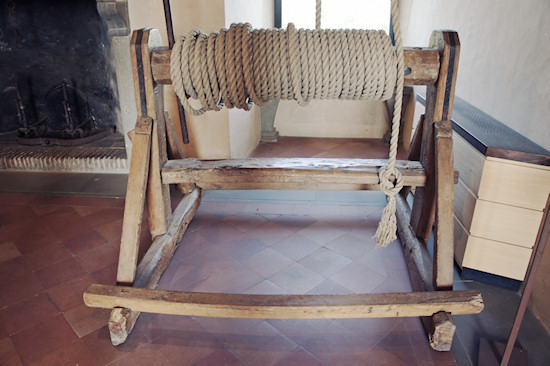 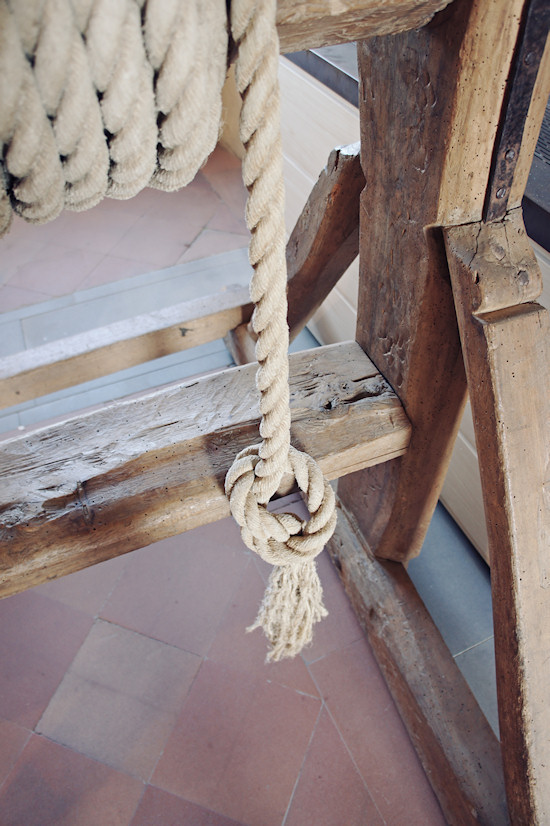 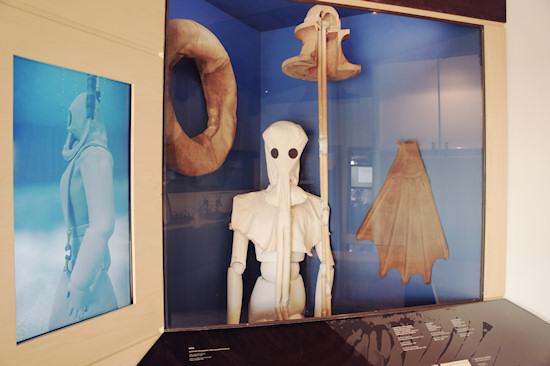 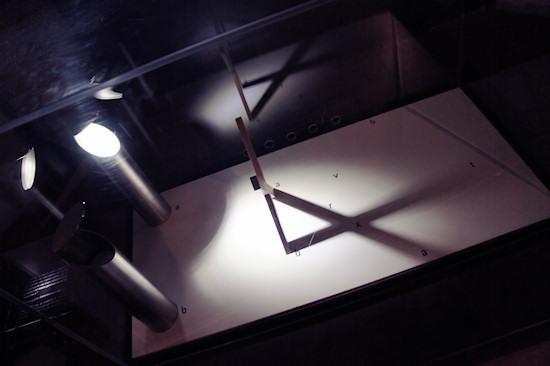 This was only a small selection of Leonardo's inventions. The museum also offers access to the bell tower and the panoramic terrace, so we are going upstairs now. 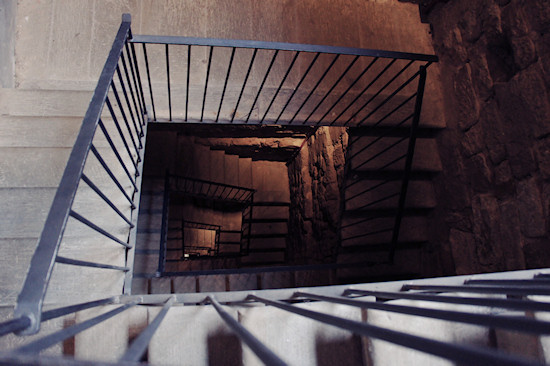 The bell tower on the roof of the Conti Guidi Castle. 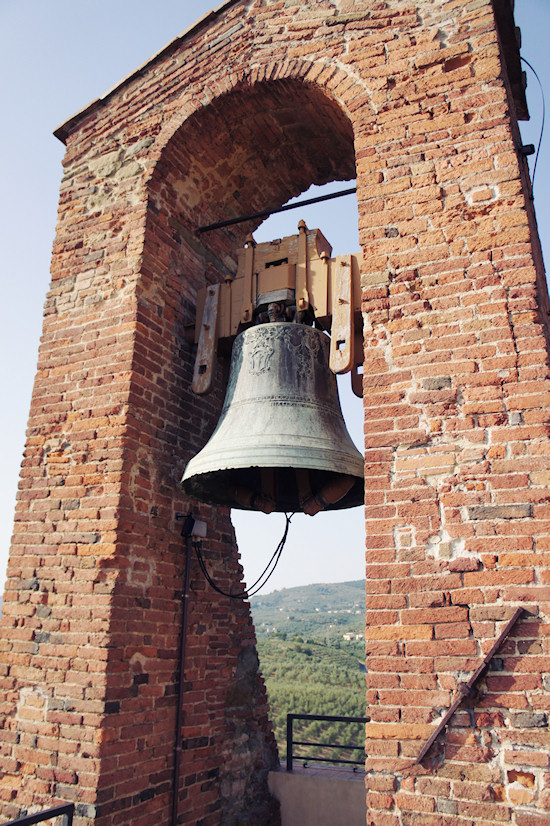 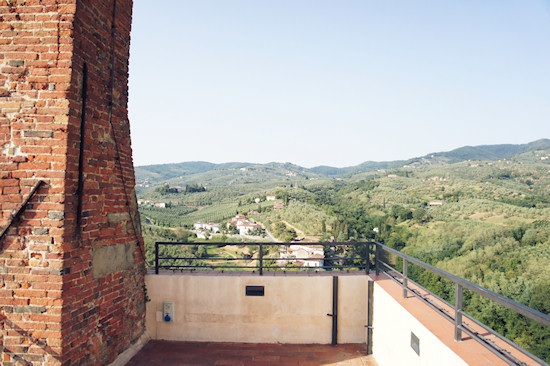 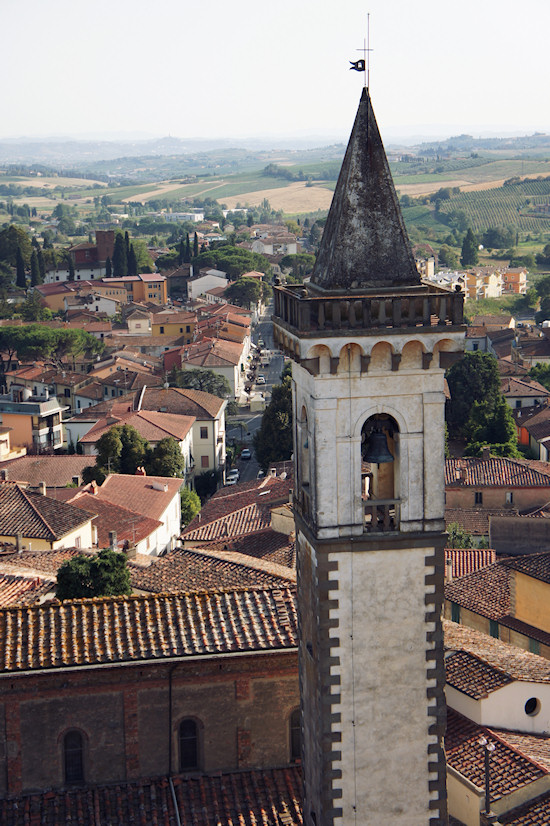 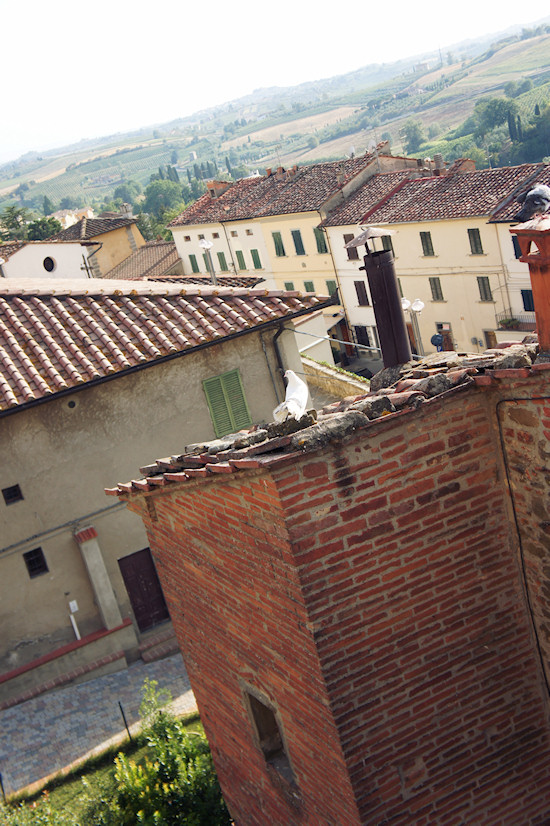 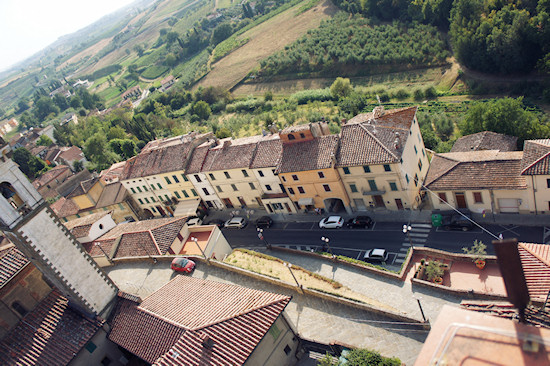 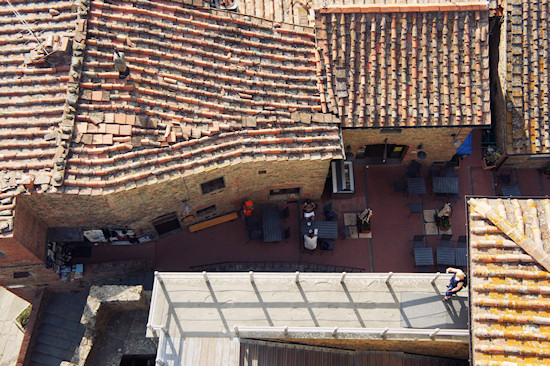 Back to the ground, there is a second museum, the Museo Ideale, in Vinci dealing with the complexities of Leonardo as an artist, scientist and inventor, but the museum was unfortunately closed "due to rain water infiltration from the above building" ;)

But I found this funny poster on the Museo Ideale, showing a nude painting of Mona Lisa :P 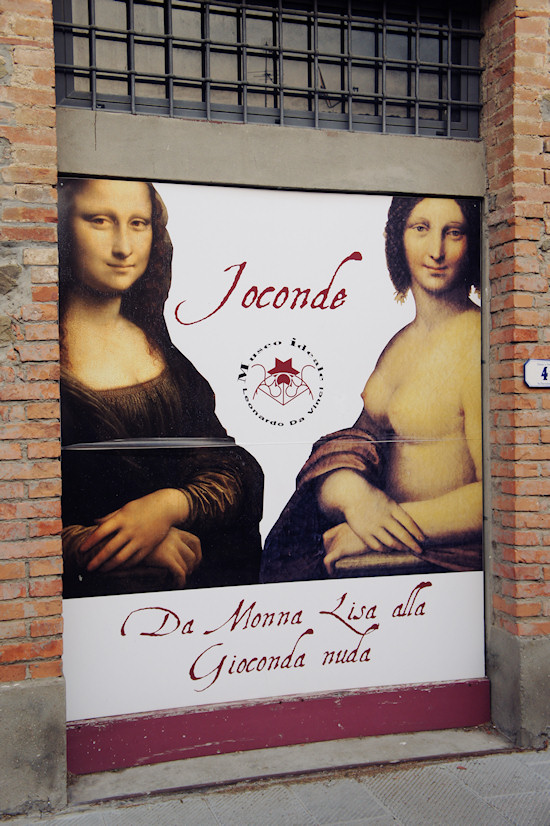 The Vitruvian Man wooden sculpture behind the Leonardo Museum, is inspired by Leonardo's famous drawing, studying the proportions of the human body. 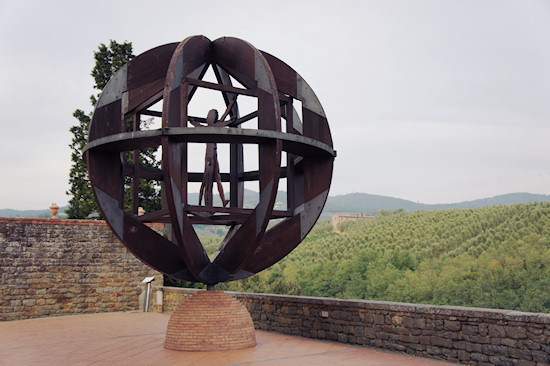 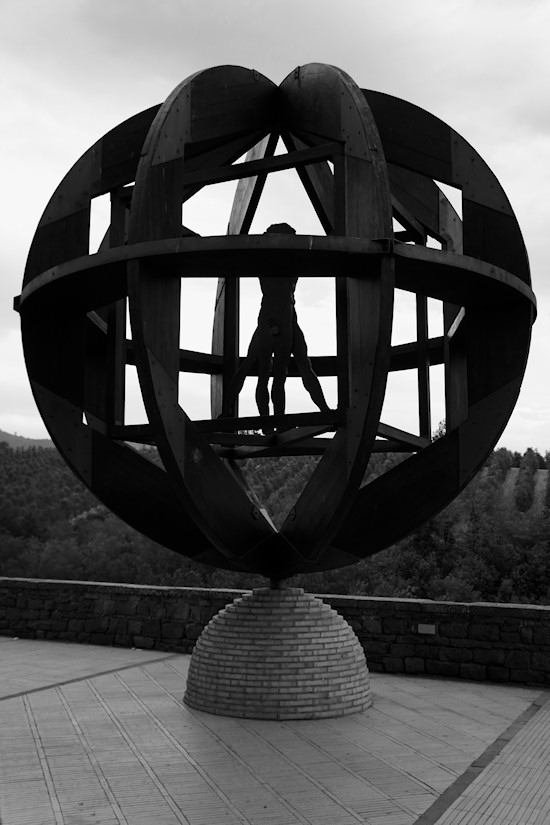 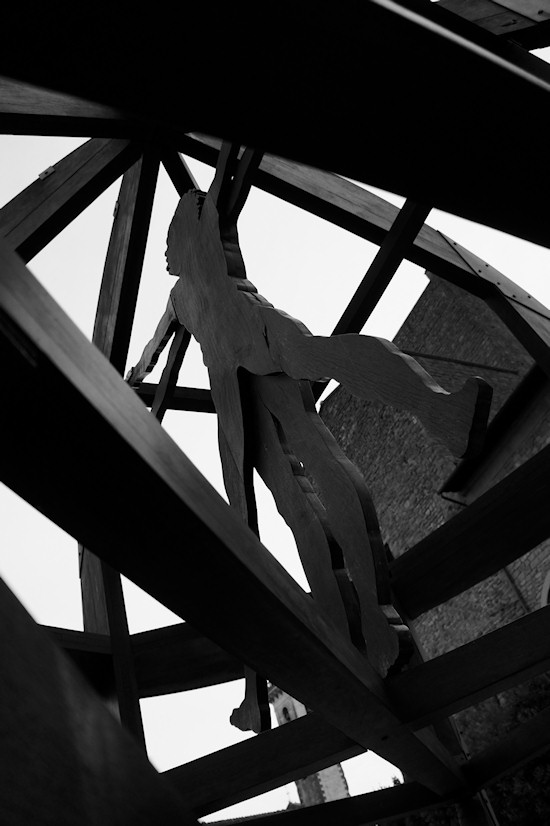 Last but not least, a gift shop in Vinci, selling Leonardo inspired T-shirts ;) 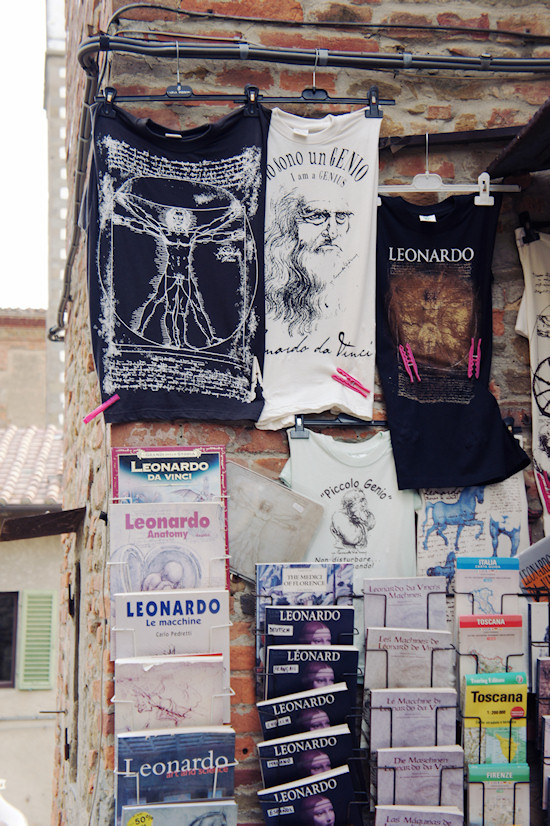 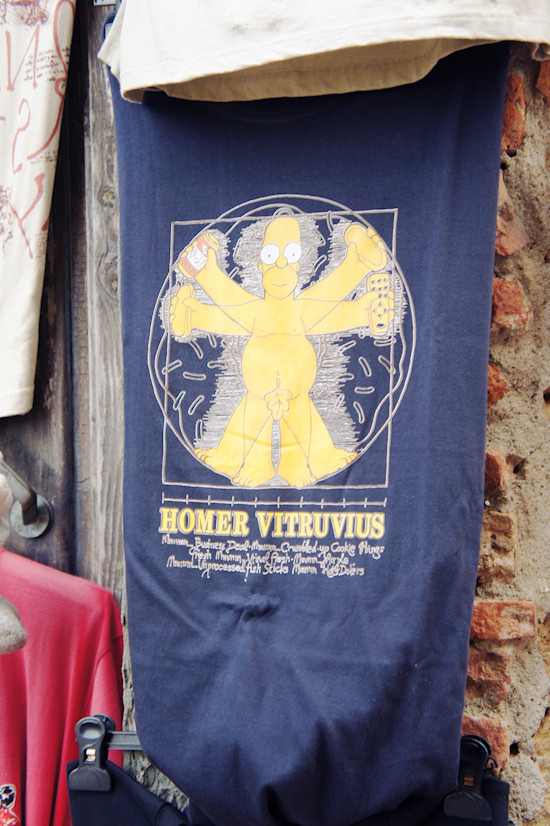 This was the second part of our Vinci tour. Coming next, visit the lovely cottage Le Colonie, where we were staying during our Italy tour.

Thanks dear Viki for the great report ♥ and the lovely guidance through this interesting museum!

I really enjoyed your pictures and wrighting. Thank you for sharing ! I love it !