Let's put a smile on that face!
— Heath Ledger as Joker in "The Dark Knight". 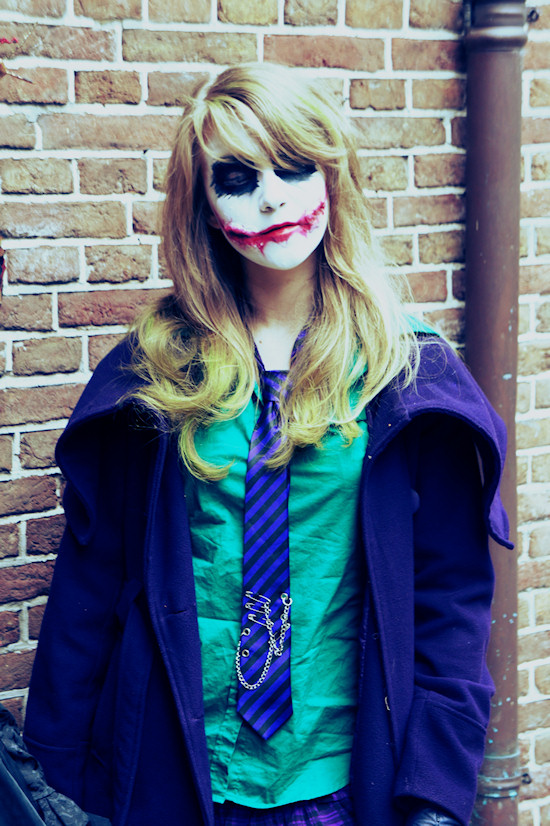 Hi, cosplaying is usually about accurately portraying a fictional character of your choice, but what do you do if your favorite character is from the opposite sex? You simply swap gender and make your own interpretation of it. Voilà!

The outfit is inspired by Heath Ledger, who brilliantly played the Joker in The Dark Knight 2008 Batman movie and who unfortunateley died shortly after filming the movie.

The Joker Girl. Meet Priscilla and Lotte from the Castlefest :D 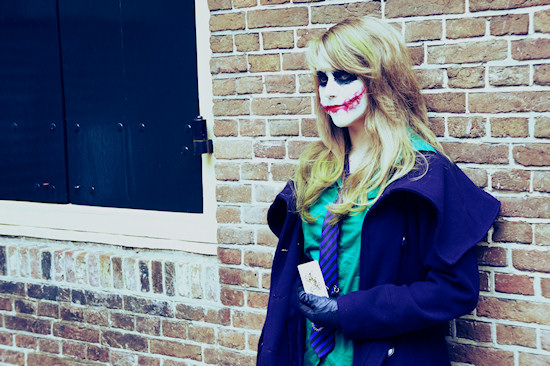 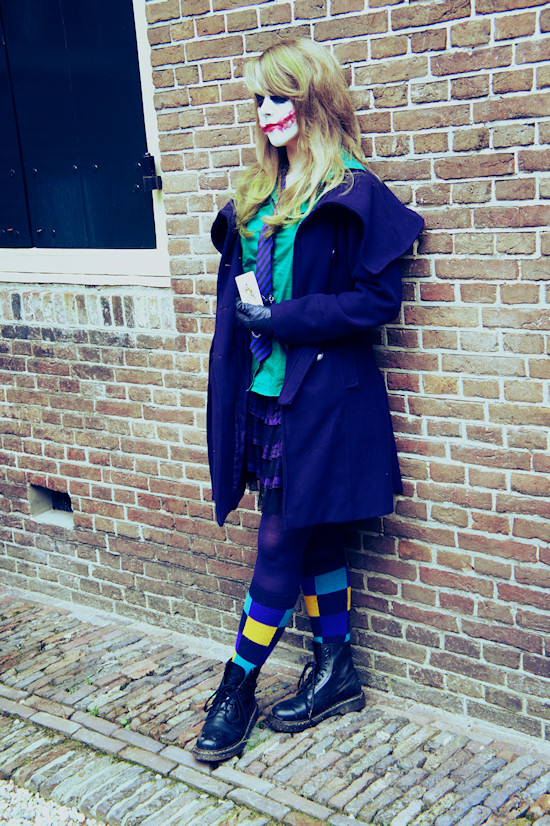 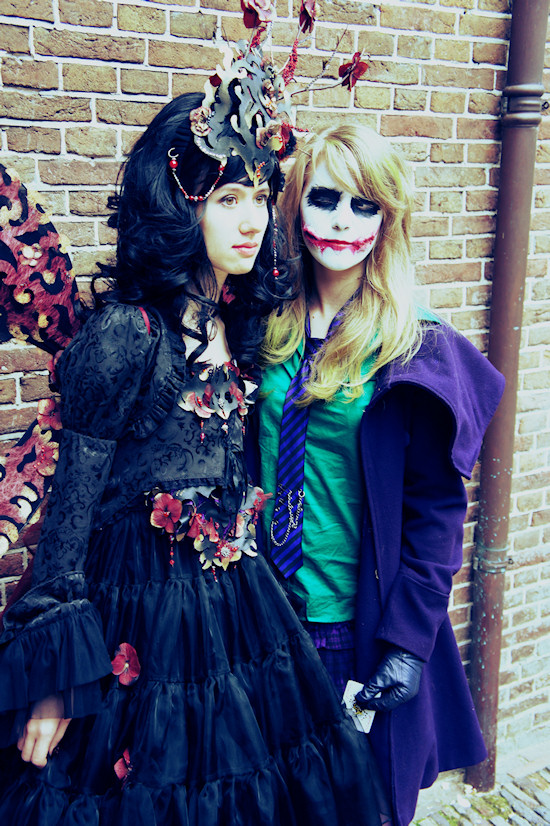 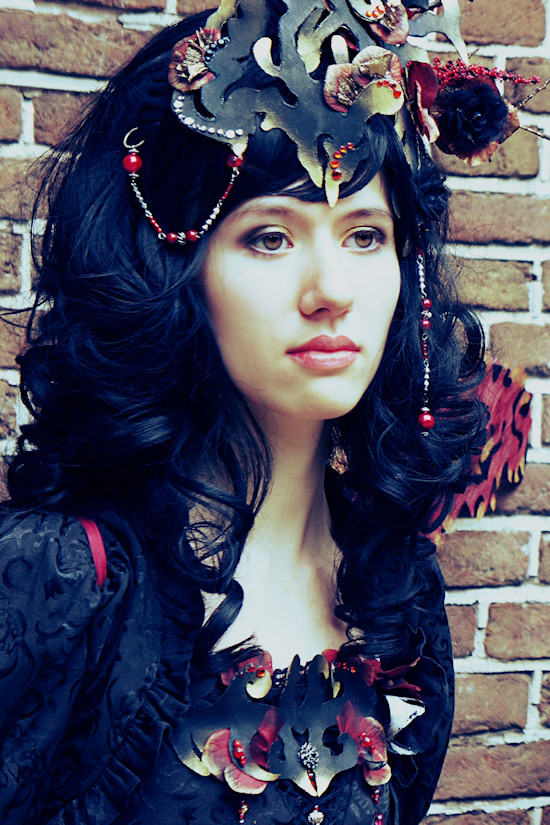 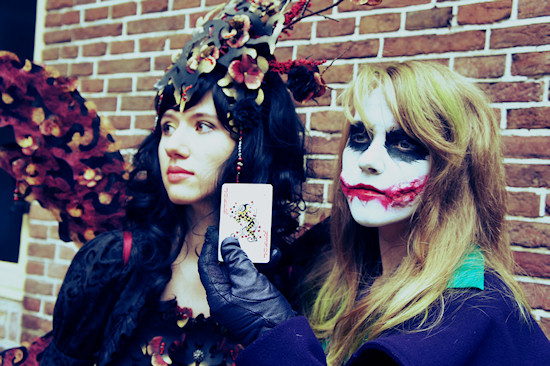 Gender swapping is actually quite common in Cosplay. For which character would you swap gender too?

@Xena: how lovely, you are my favorite Winnetou and Xena ♥

thank you for posting the pictures! ♥