Meet EDI, Jack, and Tali from Mass Effect. I enjoy the sight of humans on their knees. That is a joke. — EDI 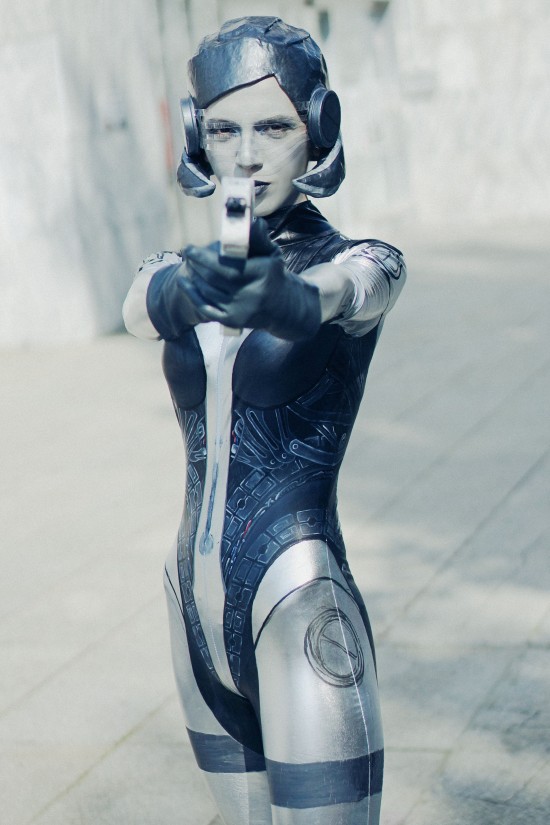 Besides EDI, I have also spotted cool Jack and Tali'Zorah at the cosplay finale @ Comics Salón 2014 :) 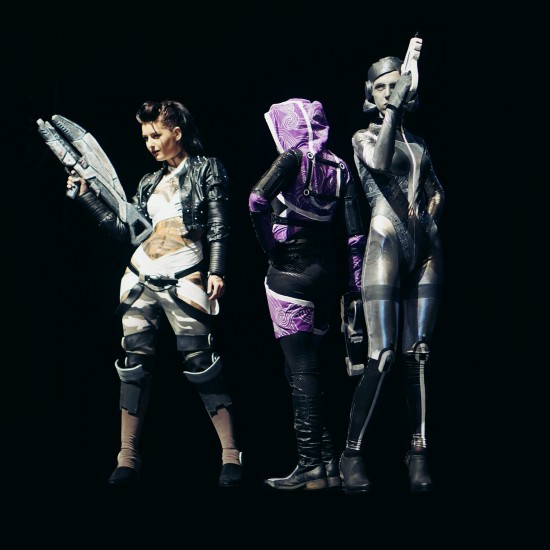 Does EDI also remind you a bit of Cortana from the Halo series?