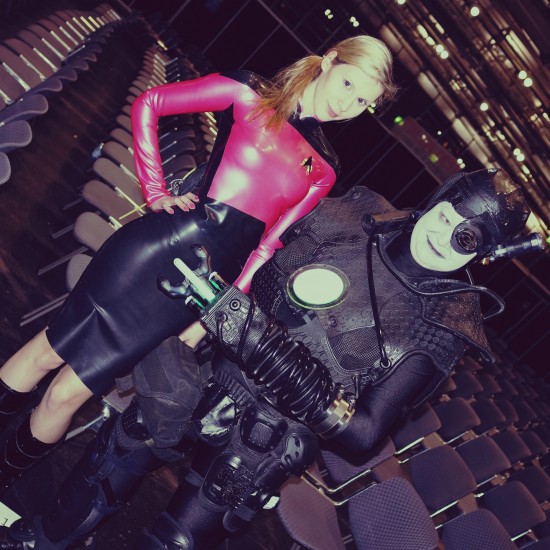 Hi, I was with Xena at my first Star Trek convention, Destination Star Trek Germany in Frankfurt am Main. It has been my second convention after RingCon and so I already had some experience with the cultural phenomenon called a convention or just con.

I have to admit that I am a Trekkie since I grew up with The Next Generation and I also watched The Original Series, Deep Space Nine and Voyager partly.

Having so many stars at once had its price of course. Being a fan at a convention means, you pay. The entry tickets were a bit cheaper than usual but instead you had to pay extra for a lot of things. Not included in the basic ticket were the opening ceremony, the talks of the headline actors and the after show parties. Adding that to the autographs and photo session fees, you can easily spend several hundred Euros at a convention and this on a single day, but I would not say that DSTG is more expensive than FedCon for example.

Besides that, it was really cool and much fun to see the former actors of TNG, William Shatner and all the other wonderful guests live on stage and how they answered the cute and often funny questions of their fans was hilarious :P 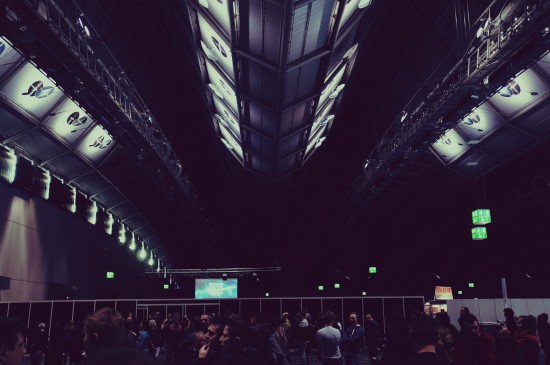 The Con hall looked like a hangar of a star ship. 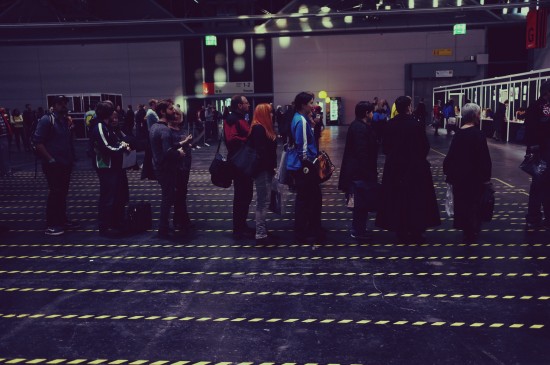 The waiting line in front of the autograph booths. 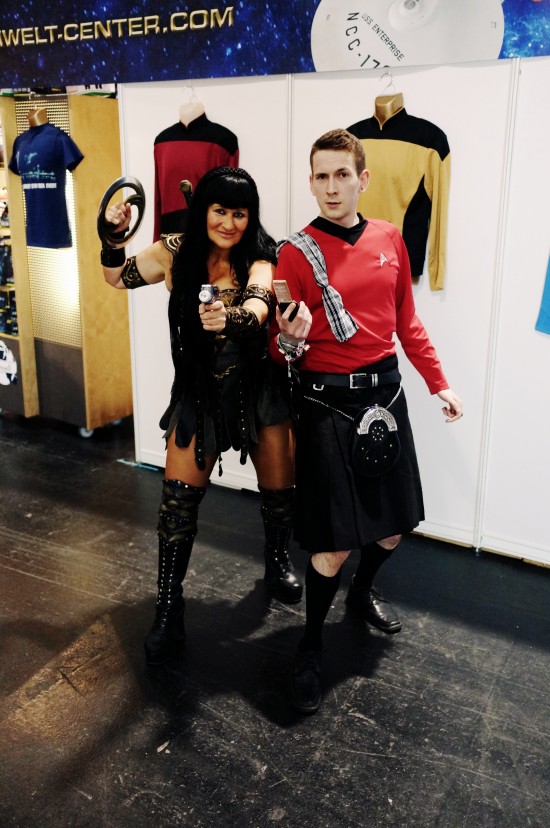 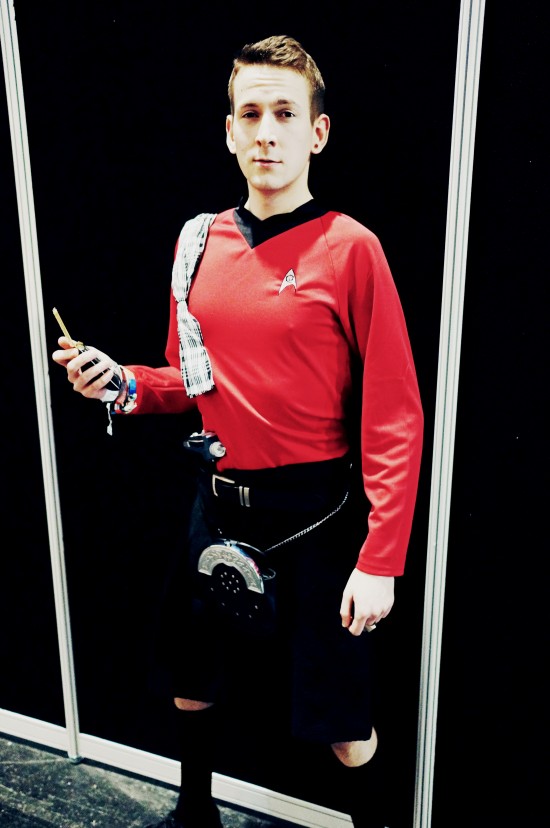 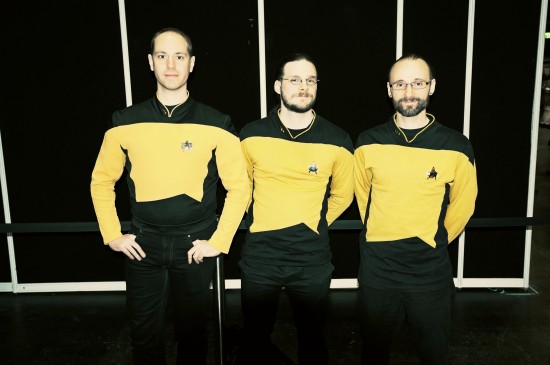 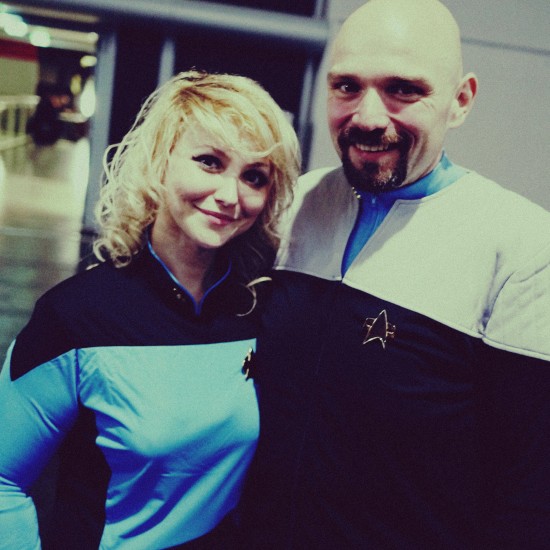 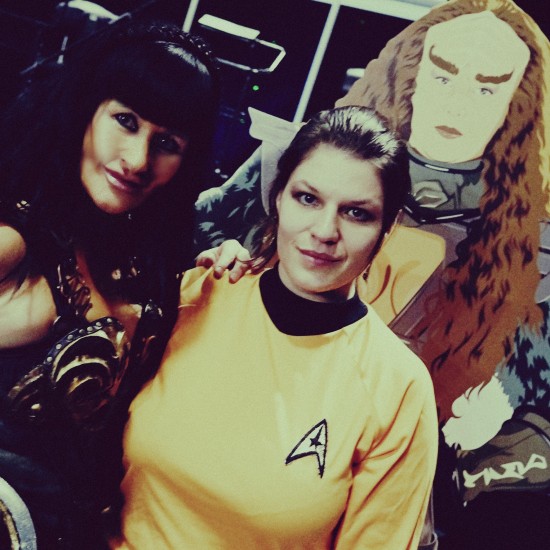 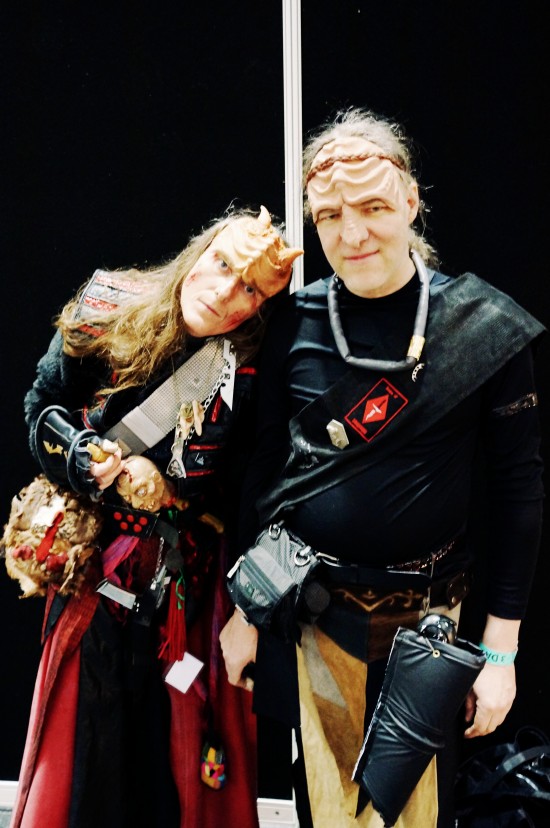 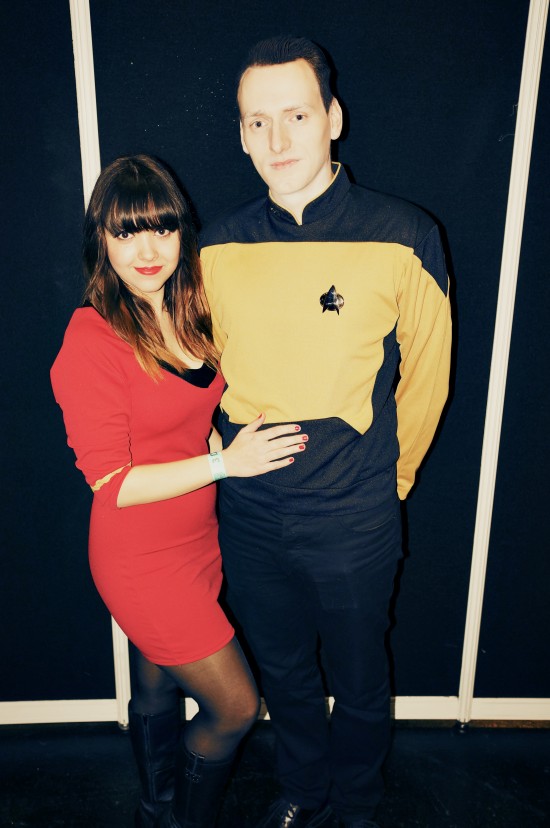 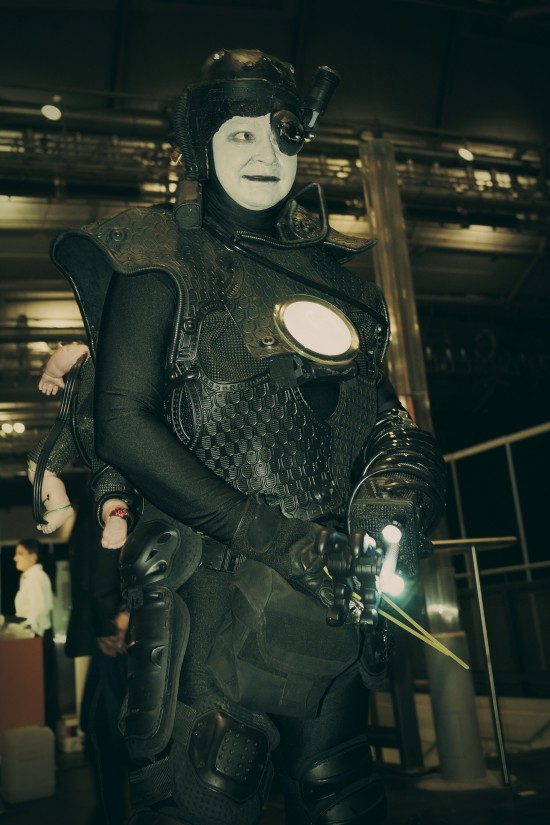 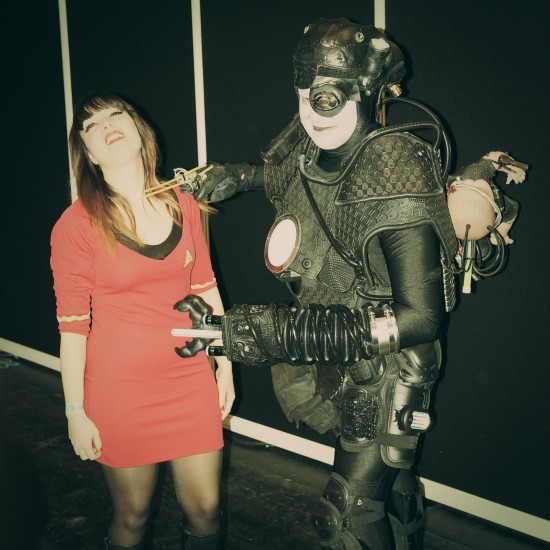 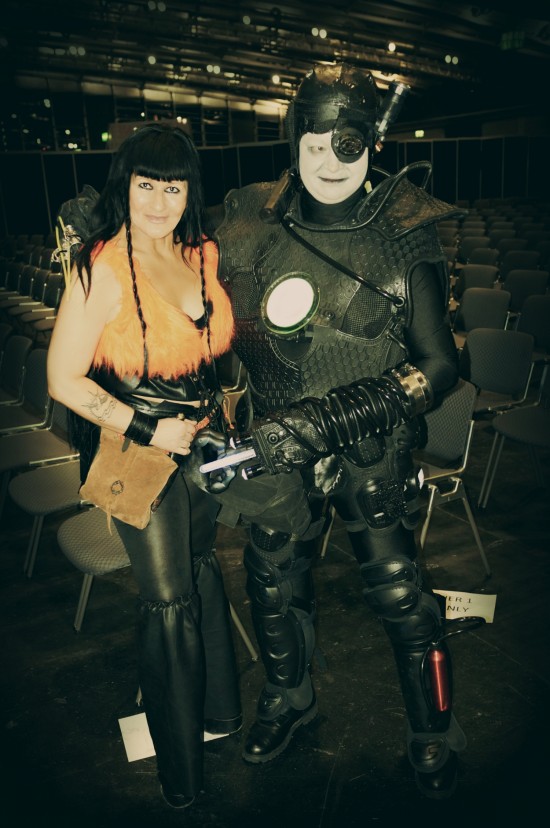 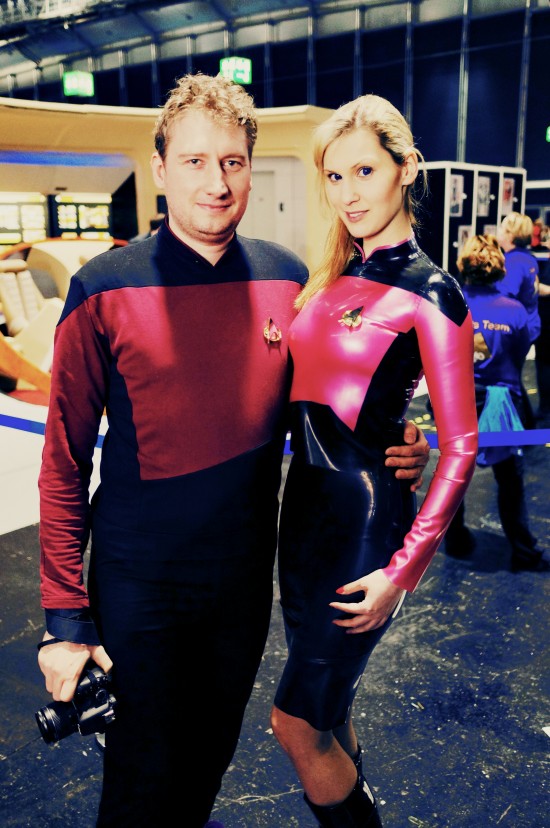 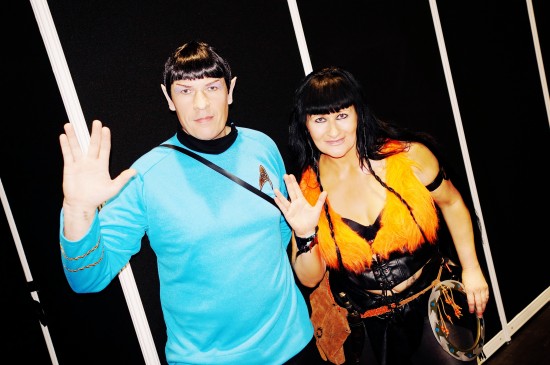 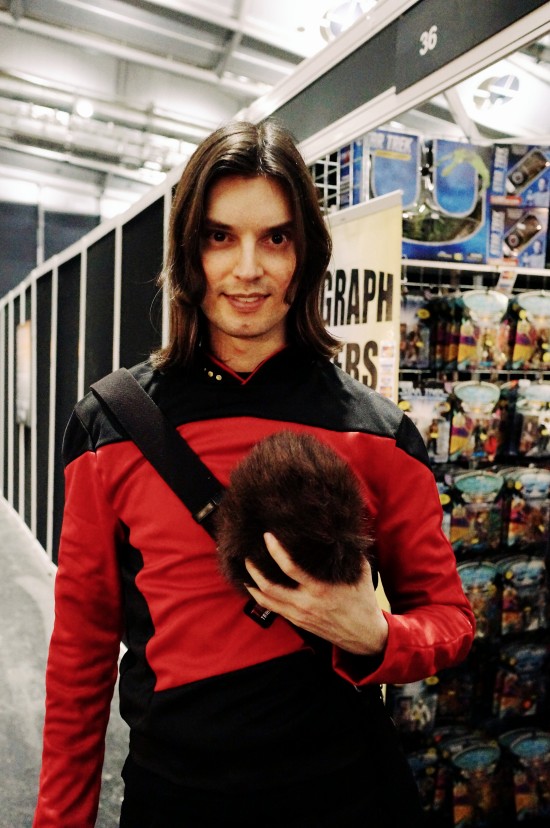 Me with a Tribble. Photo by Xena <3

Have you been to DSTG or another Star Trek convention? What do you think about the pricing model of DSTG? Which of the currently five Star Trek series is your favorite?

Hi! Thanks for sharing these great photos :-). You also took some photos of me (with my camera) with Xena before the Sat. reunion talk started. I was with my daughter Daphne. Hope we meet again at another event! Cheers, Renate

@Renate: Thx for the feedback and it was a pleasure to do a picture of you :) Cheers, Viki

Thank you for all the great pictures and wonderful moments on DSTG.

You were part of the great experience we had there and it was a pleasure meeting you.

We have some pictures of you and your friends. Will send them as soon as I find some time to process them.

@Michael: Oh thx, it was a pleasure to meet you, looking forward to your pics, Best, Viki