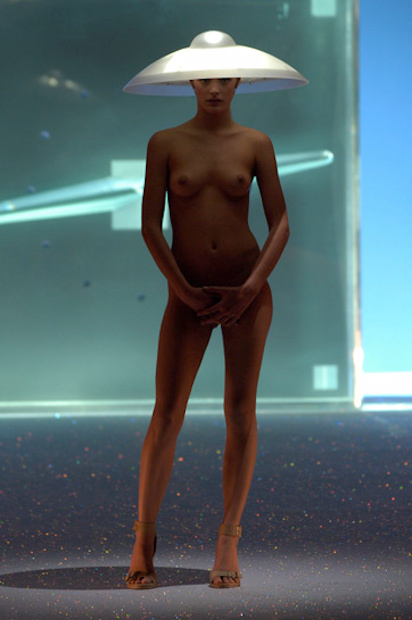 Hi, yesterday I learned about Hussein Chalayan's astonoshing show One Hundred And Eleven from 2006, a journey through time by the means of magic technology.

The DNA of the show were transformation and flux. Six technology-enhanced dresses almost magically changed their style representing different eras in fashion while the models were standing stock-still in front of a beautifully stylized large crystal clock.

A long corseted Victorian dress self-transformed into a dress that could have come from the 1920ties. Hemlines were magically raised, zips opened and closed, skirts unfolded with metal plates appearing on top of them.

If you are interested in the technology behind the dresses, I have found an interview on Technology Review showing how the magic was done:

Basically, the dresses were driven electronically by controlled, geared motors.

Would it not be cool to have a self-tranforming dress, which could change its style according to the dresscode of the parties you are hopping? And a nightgown, which can remotely be undressed, certainly also has the potential to engage one's fantasies ;) 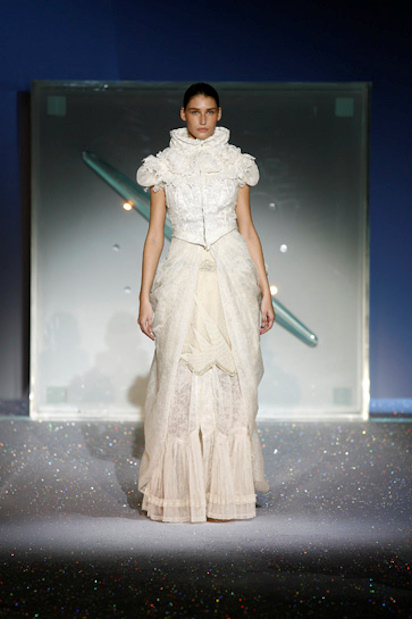 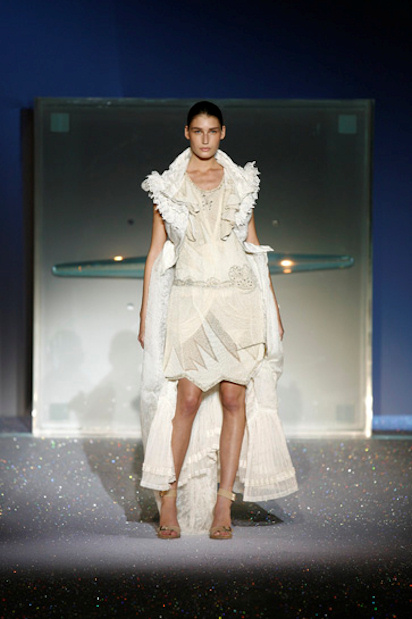 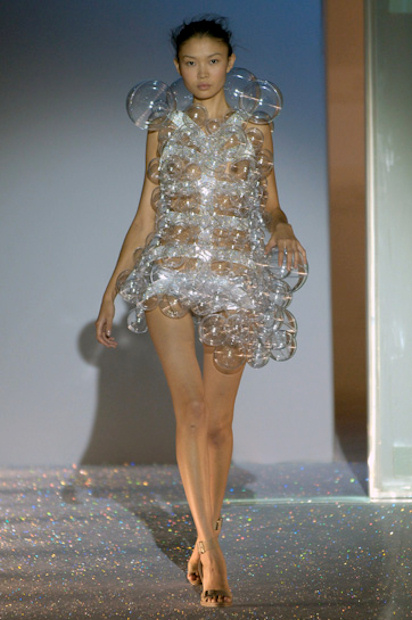 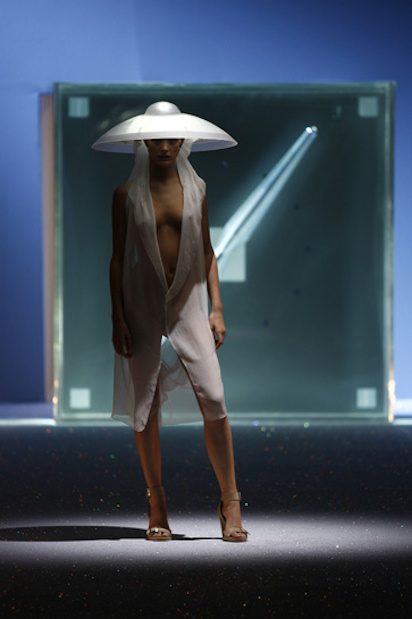 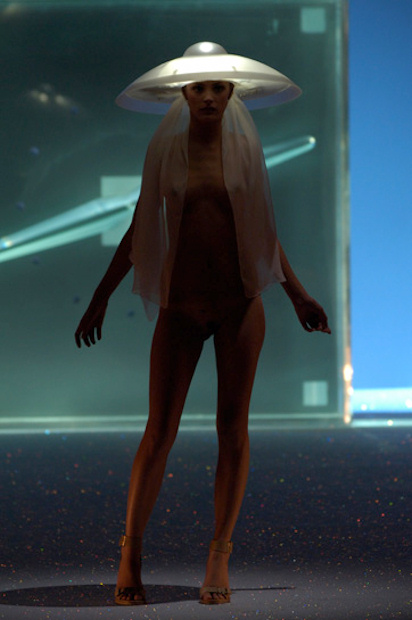