The Garden of Earthly Delights by Hieronymus Bosch

The Garden of Earthly Delights by Hieronymus Bosch

The fantastical, tri-fold, oil-on-wood painting by early Netherlandish master Hieronymus Bosch depicts Adam & Eve, the garden of earthly delights, and the torments of damnation. Have you seen all three parts? 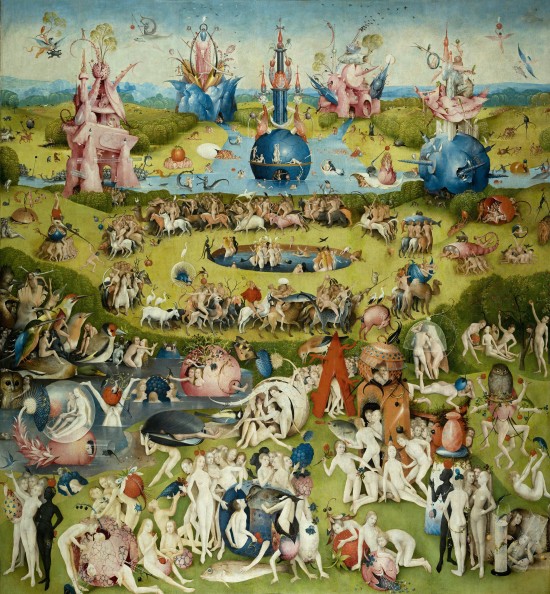 The central panel of Bosch's triptych "The Garden of Earthly Delights". The opened triptych with its two side panels is almost four meters wide and measures 220 x 389 cm. The original is housed in the Museo del Prado in Madrid.

Hi, the famous painting The Garden of Earthly Delights by Hieronymus Bosch is an amazing and huge piece of nude art embedded in biblical myths and was made long before the Evolution Theory and the Big Bang Theory were postulated ;)

The closed panel shows the creation of the earth as a disc. The inner left panel depicts God presenting Eve to Adam. The central panel shows the garden of earthly delights and is a panorama of nude figures, fantastical animals, oversized fruits and structures, and the right panel represents the hell and portrays the torments of damnation.

There are basically two interpretations of the aesthetically pleasing masterpiece. The first interpretation sees the painting as a moral warning which is read from left to right. Original sin and excessive delights lead to divine punishment.

The central part, however, can also be interpreted as a panorama of a lost paradise. And the left and right panels as a satirical interpretation of biblical myths surrounding creation and hell. 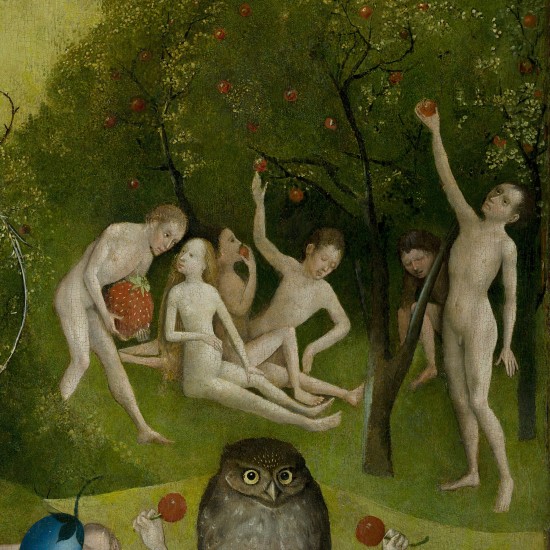 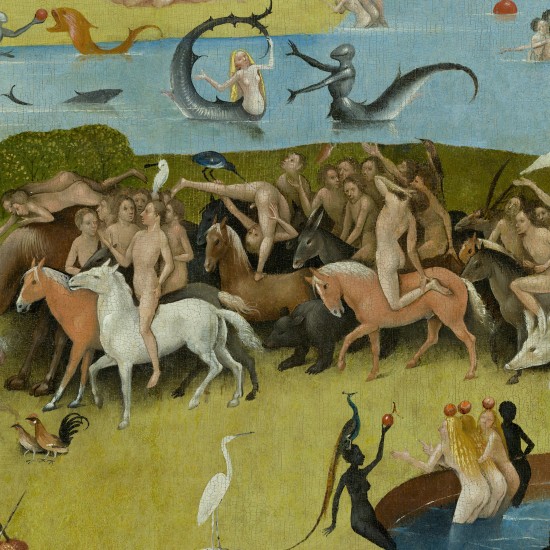 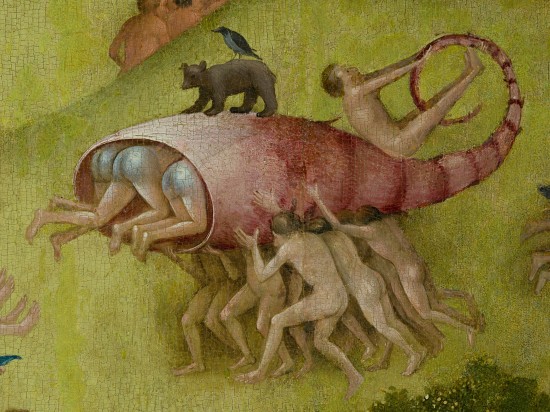 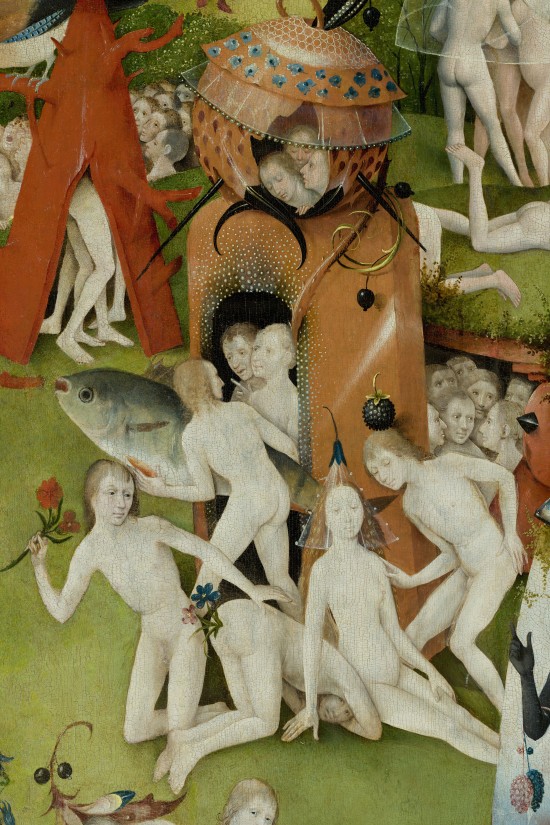 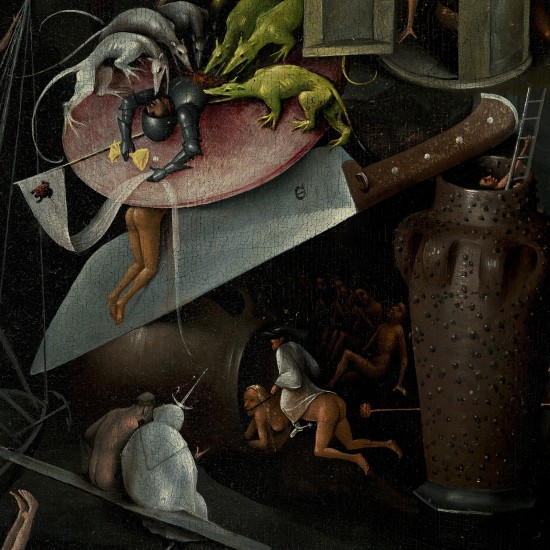 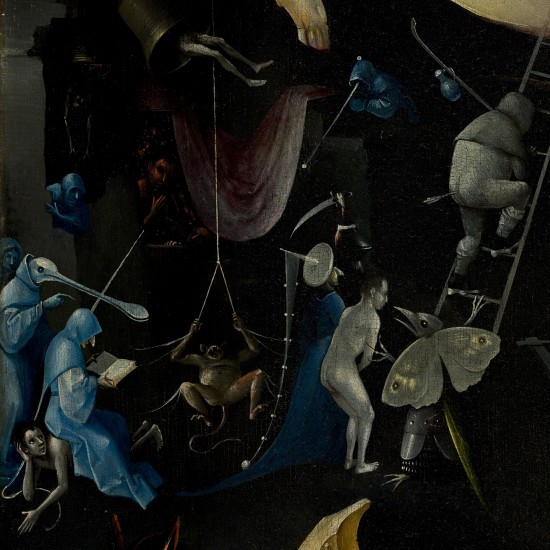 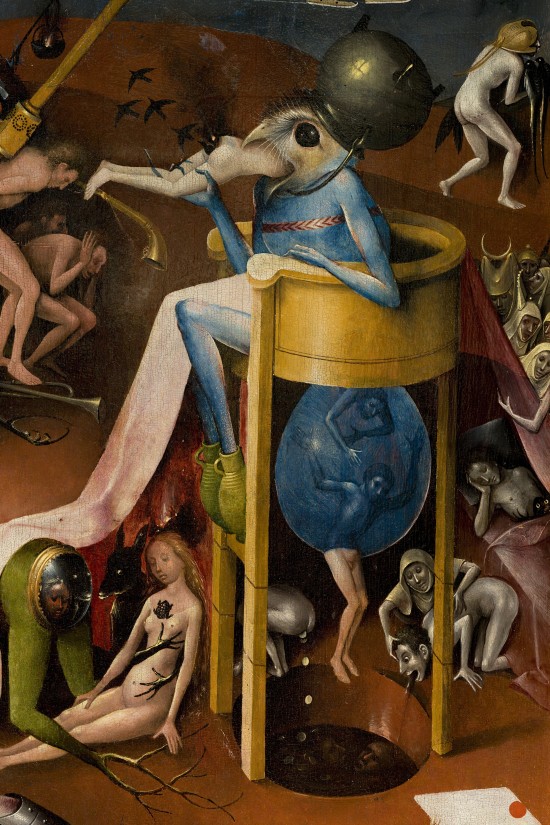 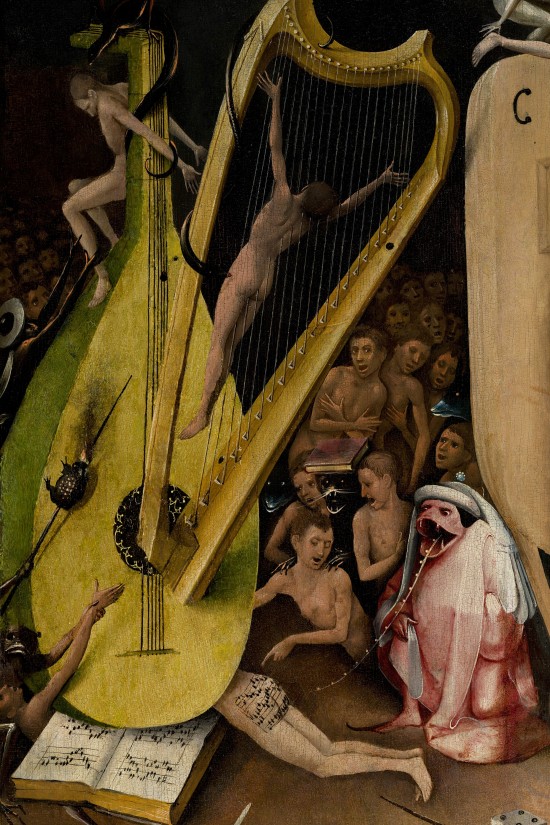 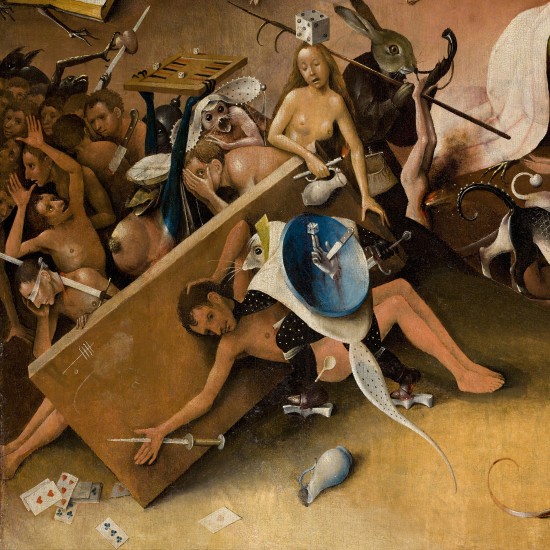 How would you interpret Hieronymus Bosch's artwork? Have you spotted the unicorn?