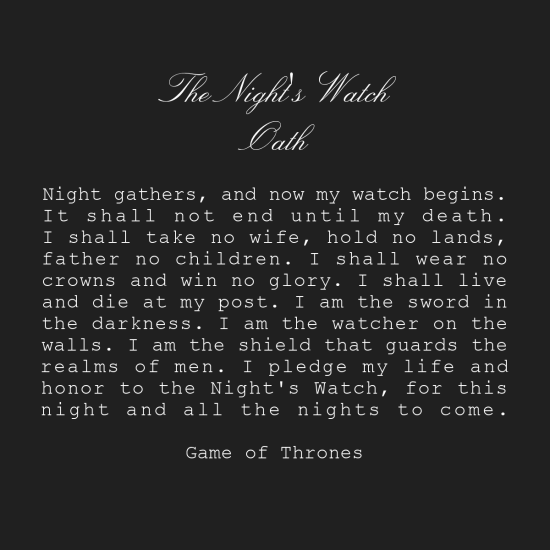 Hi, The Night's Watch is a military order in Game of Thrones, which protects the Seven Kingdoms from the mysterious forces lying beyond the Northern Wall.

In episode 8 of season 1 Jon Snow and his friend Sam joined the Night's Watch by reciting this vow. 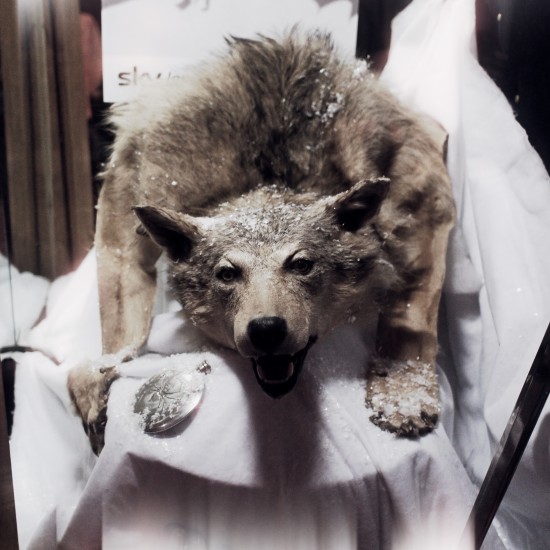 Game of Thrones Night in Vienna

My watch begins ... Looking forward to season 3, which is now finally available on blu-ray :)