This was our fantasy camp at the medieval rock festival "Mittelalterspektakel" in St. Pölten. Meet our crew, a cross-over between Xena, Lord of the Rings, Pirates of the Caribbean, and more. 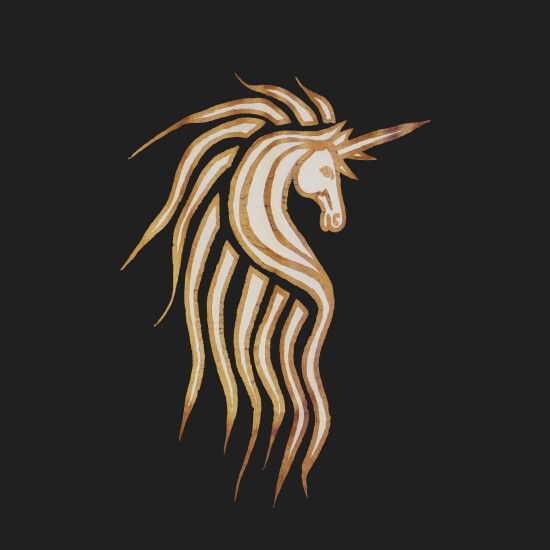 Hi, the concept of Mittelalterspektakel was slightly updated this year. Instead of spreading the event (concerts and market) over two days like last year, the whole event was compressed to a single day on Saturday, which was a good choice. The rest remained the same, excellent concerts together with an indoor medieval-fantasy fair, where Xena was represented with her own fantasy camp, I was part of.

We also had a performance in the camp during the breaks of the concert, and I played the captured elf prince, who was about to be sacrificed by Angelica to cast a love spell over her beloved Captain Jack Sparrow. Fortunately, my beloved Xena rescued me before being sacrificed in the end, but after being tortured by Angelica though :P 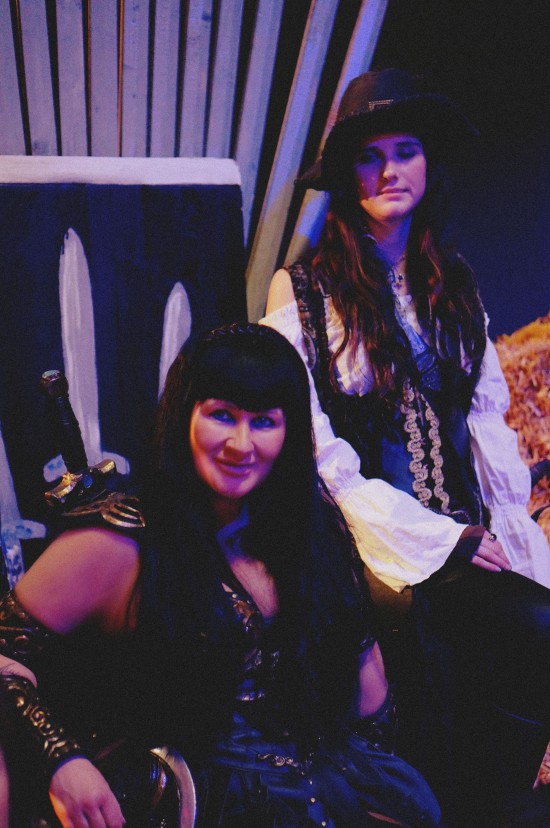 Xena and Angelica on the mighty Iron Throne :P 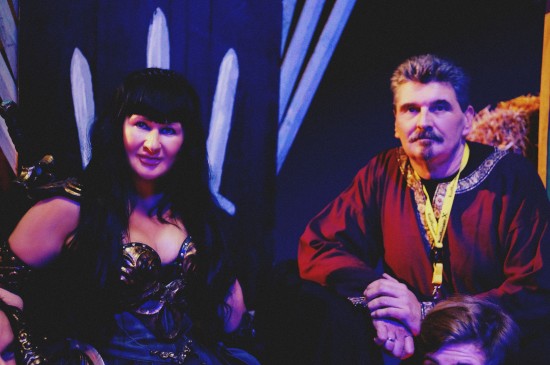 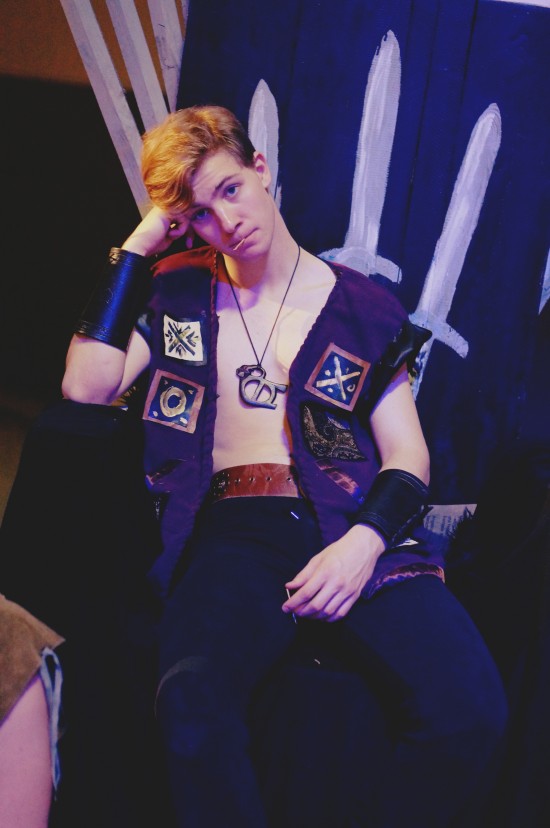 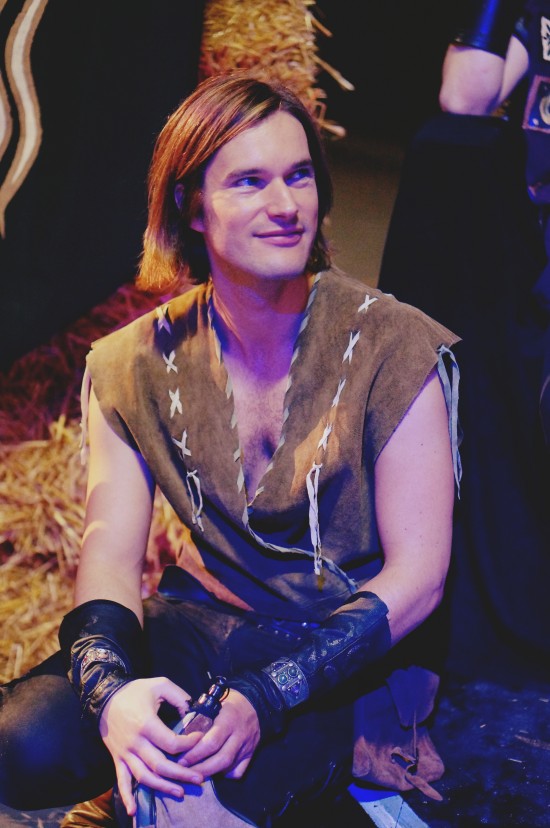 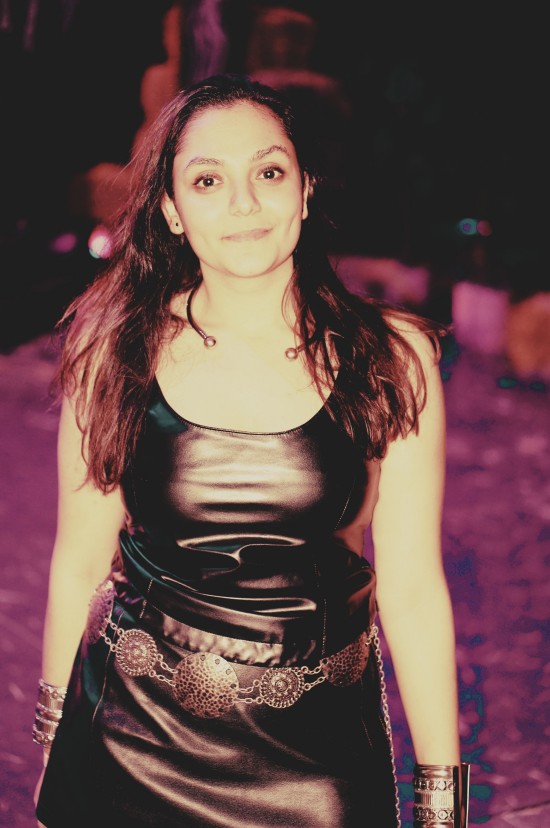 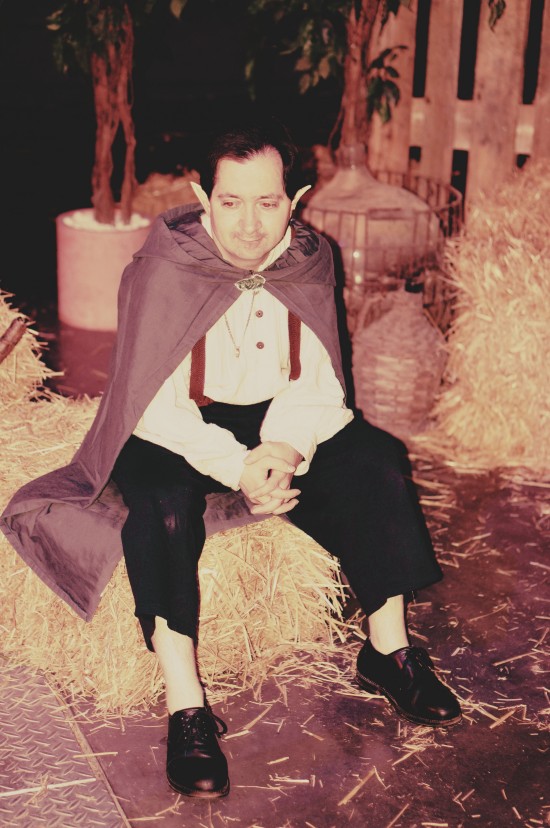 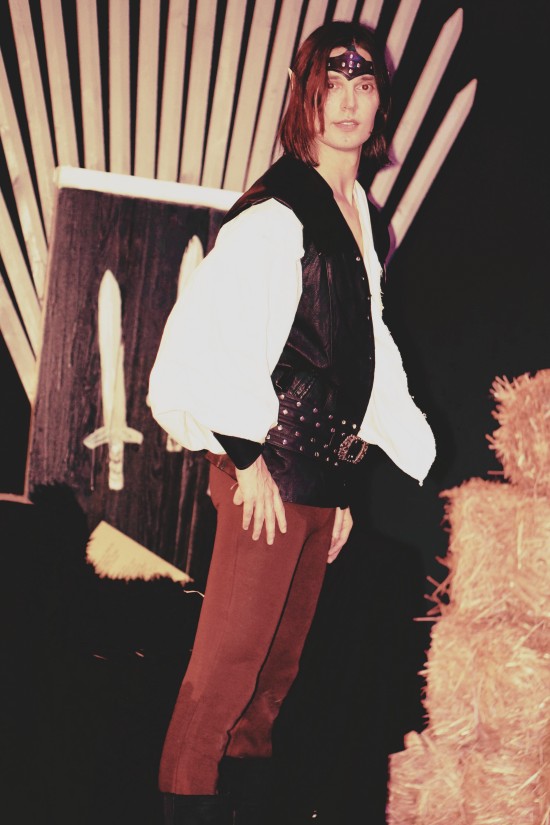 Me as the elf prince :P 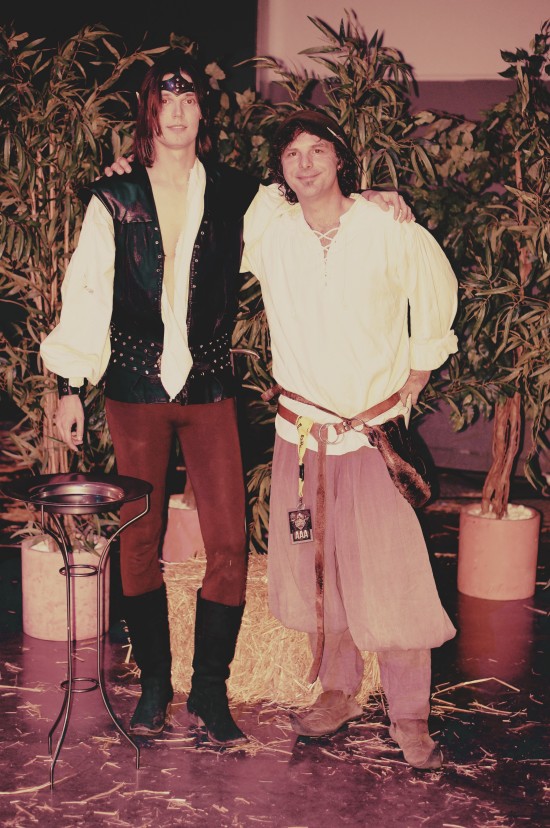 I met Meister Kolk from Schandgesellen :) 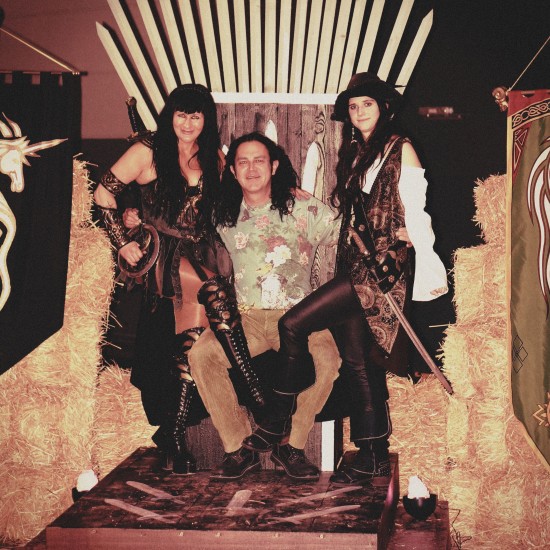 Castus from Corvus Corax on the Iron Throne with Xena and Angelica :P 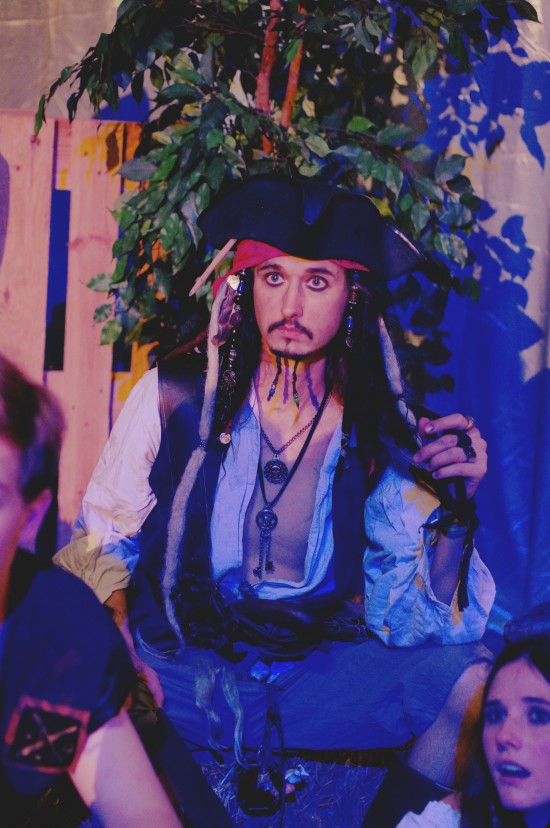 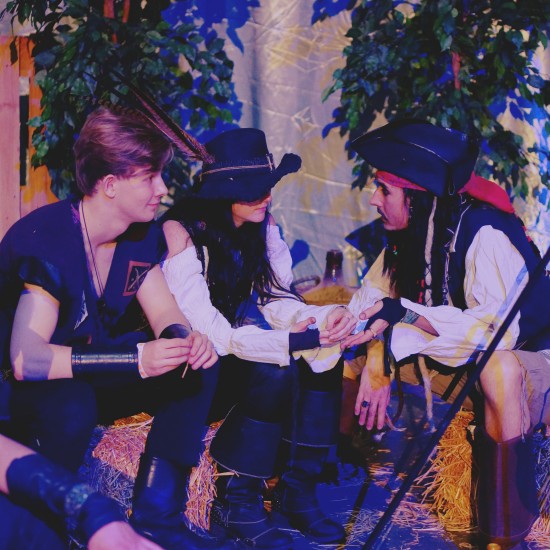 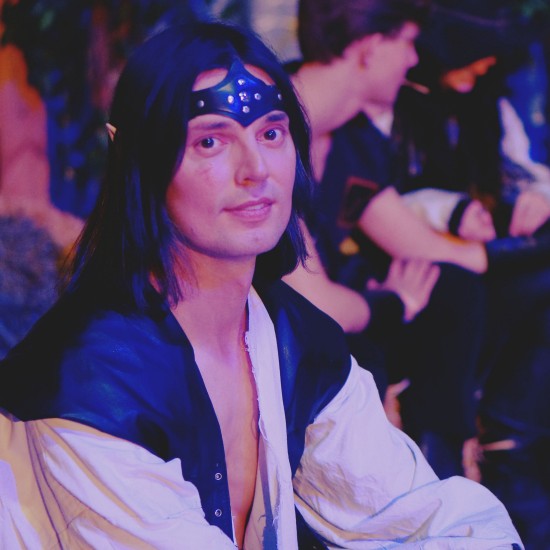 Relaxing before the performance starts ... 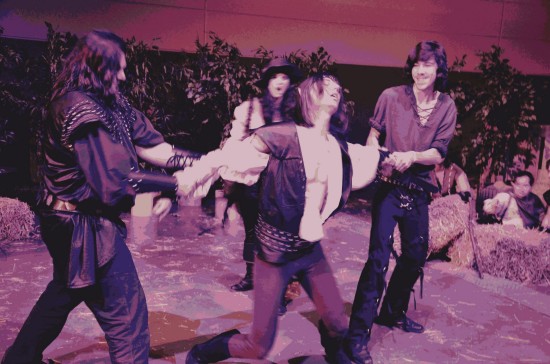 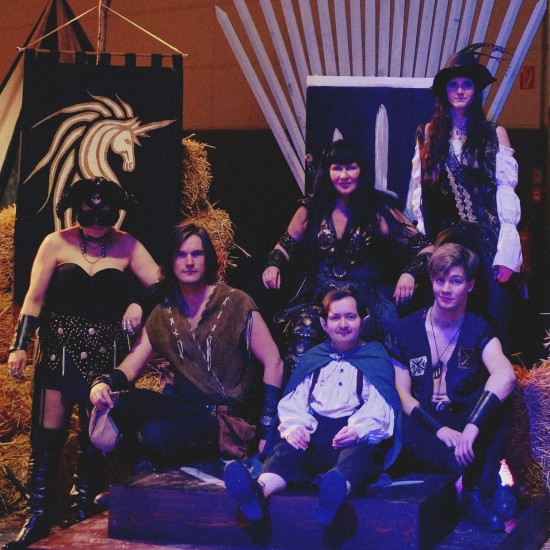 Xena & crew on the Iron Throne

Special thanks also to Franky, Claudio, Laura, and Elisabeth.