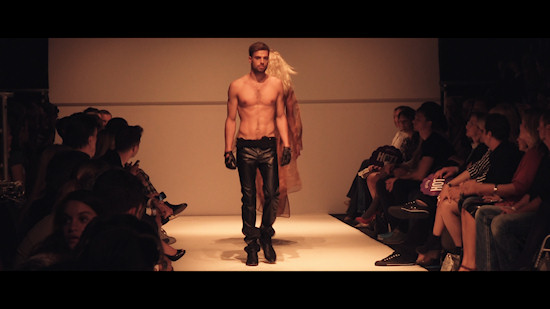 Hi, it is rather rare that mens and womenswear get an equal amount of attention in a fashion show. Not surprisingly, most shows feature women's collections (after all the market is split roughly 80/20 towards women's fashion) and we all know how limited menswear often is, unfortunately.

But not so at Tiberius, which presented its new 2012 men/women collection at the Vienna Fashion Week 11.

It was really a very balanced show in regard to both sexes getting an equal share of attention and not less sexy and cool outfits ;)

I really loved the studded pants and the leather/latex-pimped jackets, and I got a fan of Sven Väth and his German song "Dein Schweiss" (Your Sweat), which was played during the show. 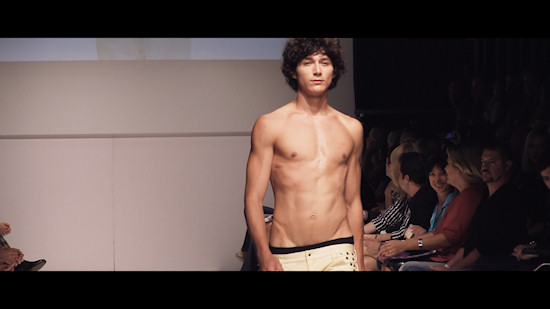 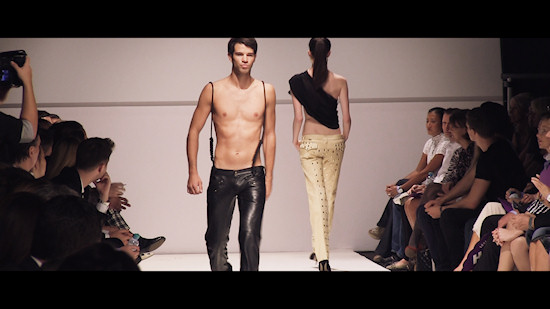 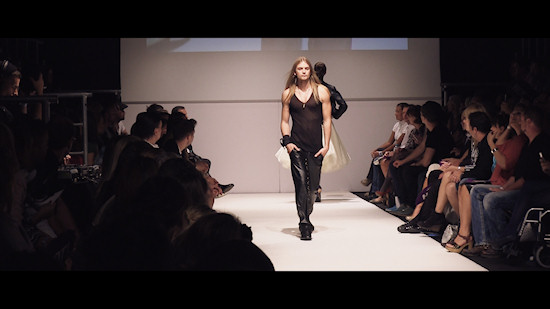 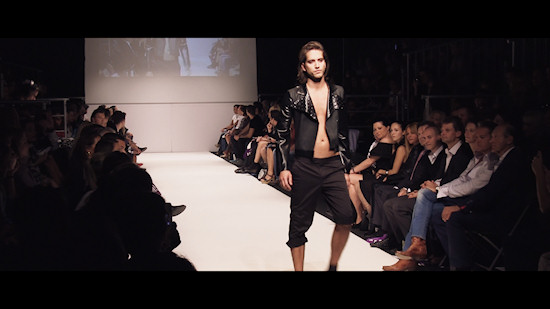 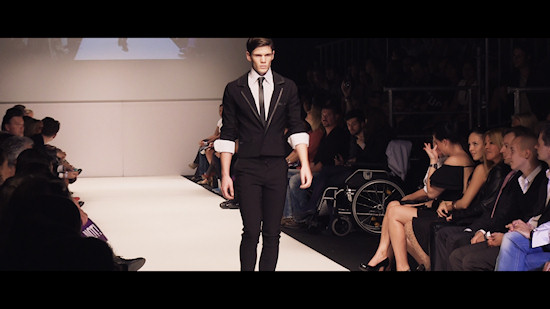 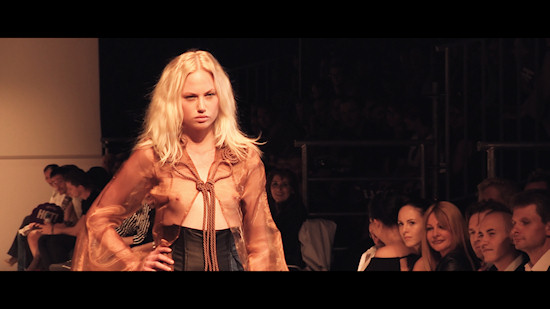 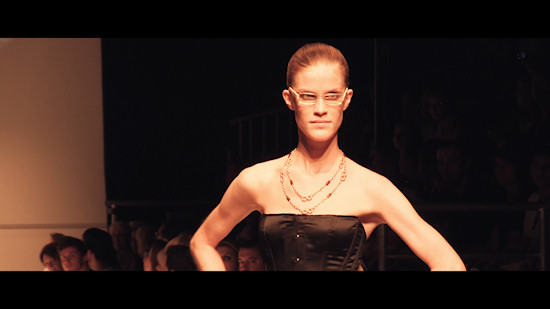 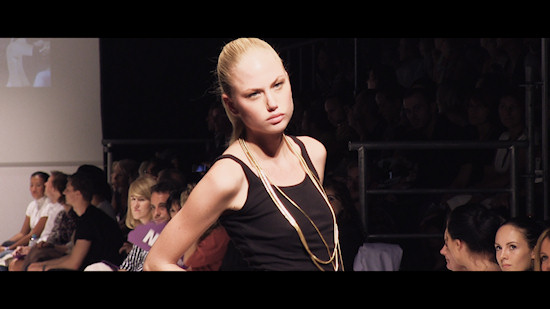 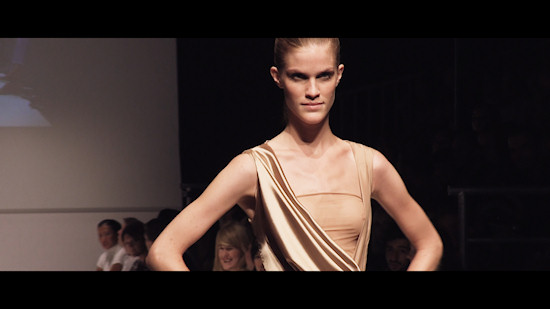 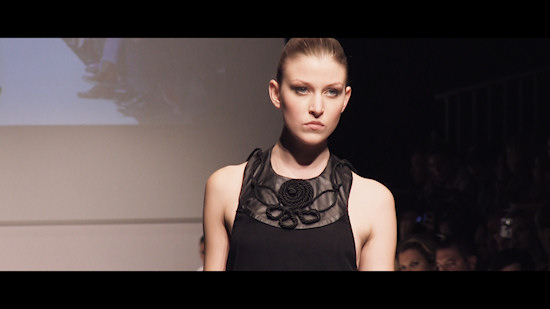