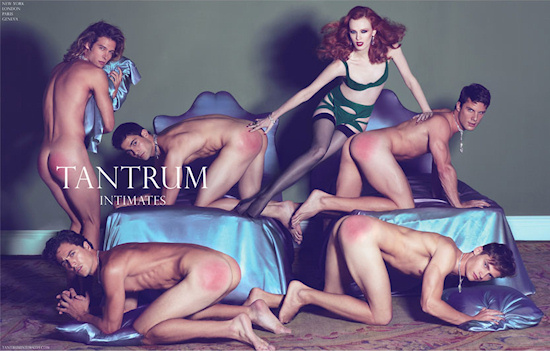 Tantrum noun • An outburst or display of excited anger.
— Merriam-Webster

Hi, photographer Steven Meisel and stylist Edward Enninful came up with a great and naughty photo story idea for the W magazine. They conceived a series of fake advertisement pics with fancy messages, but which may still pass as real ads.

Disclaimer: No male models were harmed in the making of this lingerie ad. The reddened bottoms are courtesy of make-up artist Pat McGrath. Good job!

Second sujet, that caught my eye, is a conceived fragrance ad for the "new woman in you". Remarkable is the woman, here awesome Carmen Carrera, contestant in RuPaul's US reality TV show Drag Race, a competition for drag queens. Wow! 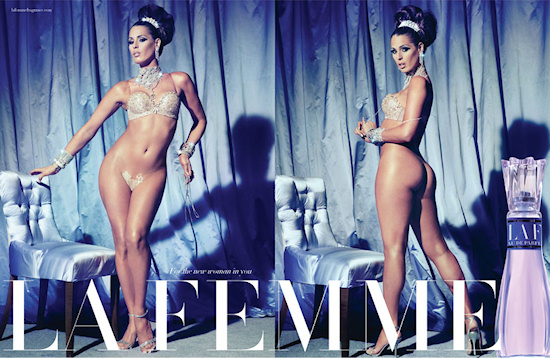