Originally pelican avenue collections aren’t created to be presented by fashion shows. They are invented to challenge the unknown and at the same time question the idea of momentariness in fashion.

Hi, there is a small distinction between a fashion show and a fashion performance. The latter being more artistic, where fashion is rather a medium than mere products. Performances want to challenge us, be mind provoking, and not necessarily entertain us, as commercial fashion shows usually do (or should do).

pelican avenue is such a performance-oriented label and a collaboration between a fashion and a video artist. Their presentation on the AFA 2010 gala was a media-rich performance with an unusual approach.

Media-rich because it combined computer generated visuals, that were played on the wall above stage, with live play on a theremin, a special electronic music instrument.

And unusual because of the style of the clothing and how the models presented it. Take a look at the details: shoes, make-up, fingernails ;)

While performances sometimes lack a clear message, I like pelican avenue's surrealistic atmosphere and the experimental combination with video and sound. 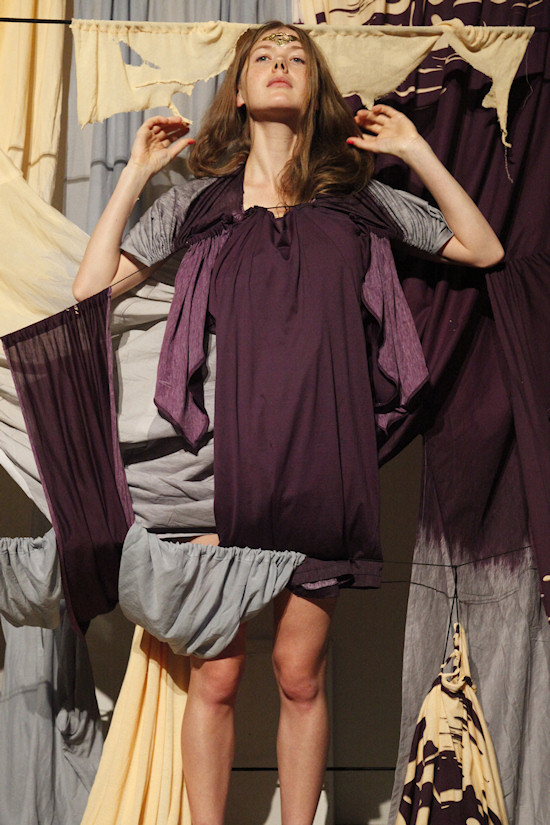 Show vs Performance: What do you prefer? A classic catwalk show or a modern fashion performance?