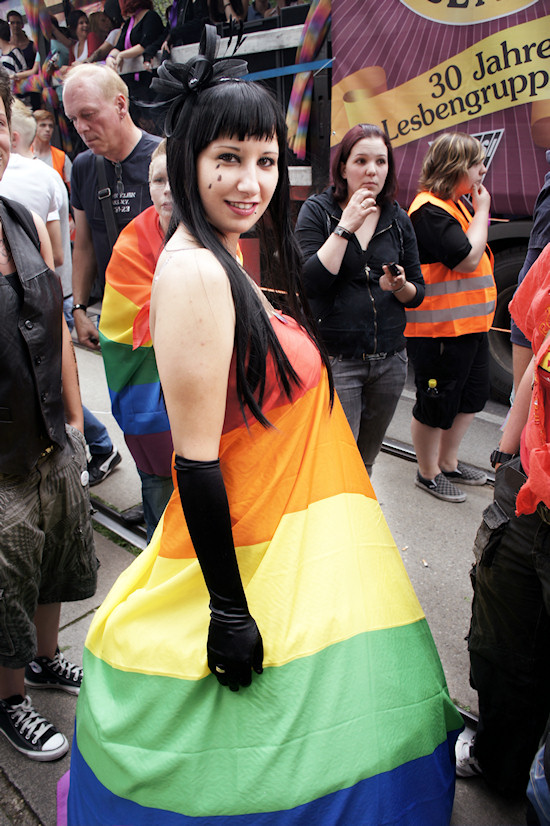 Hi, the colorful parade on the Vienna Ring Street is actually called Regenbogen Parade (Rainbow Parade) here, and is celebrated since 1996 as a signal for tolerance and openness towards alternative lifestyles, sexual orientations, and fetishes of all kind ;)

I think it is good to have this parade in Vienna, because it shows that real people seldom fit into the stereotypic clichés, commercial fashion magazines, advertising and mass media suggest. There is so much more than black and white.

And the parade is also a great place for everyone to party and making cool pics :)

Here are my impressions of the Vienna Pride 2011:
Thanks to everybody for posing so beautifully!

Students of Vienna University of Technology ;) 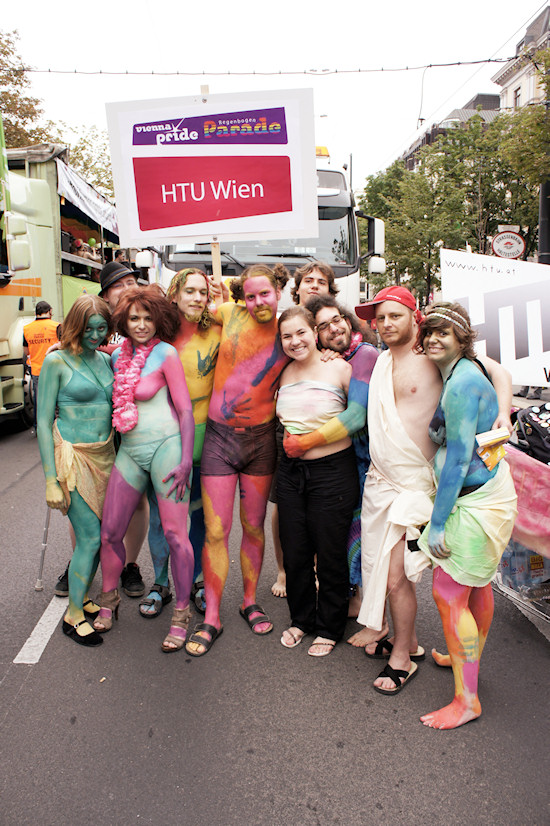 One of the many trucks 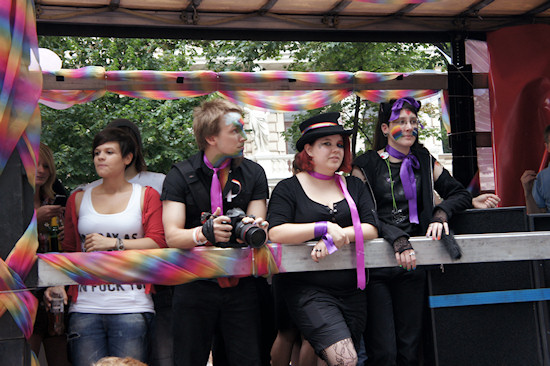 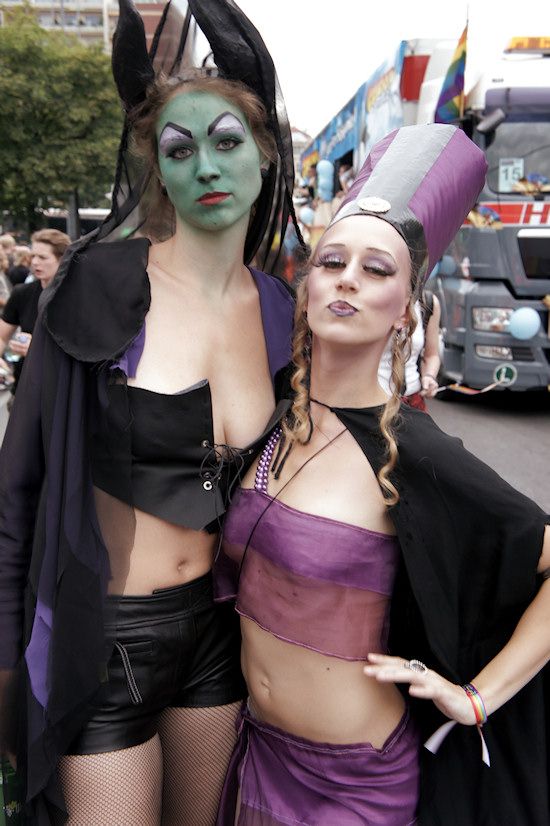 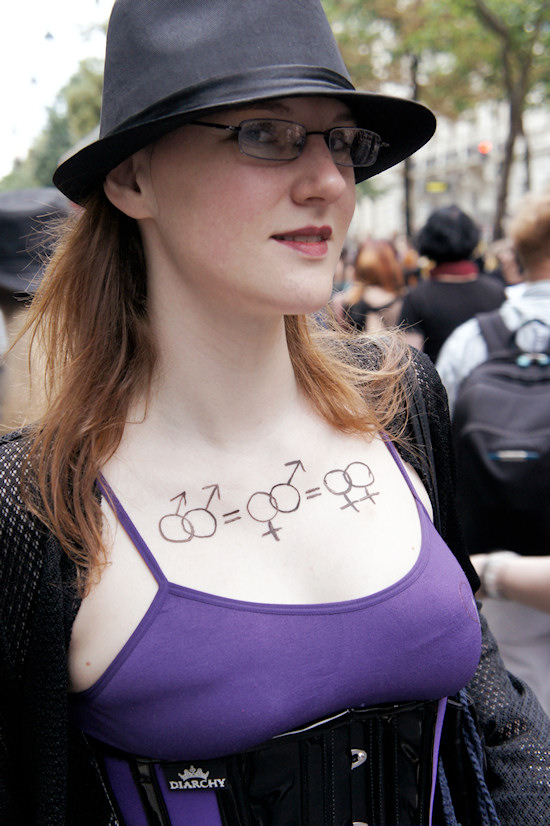 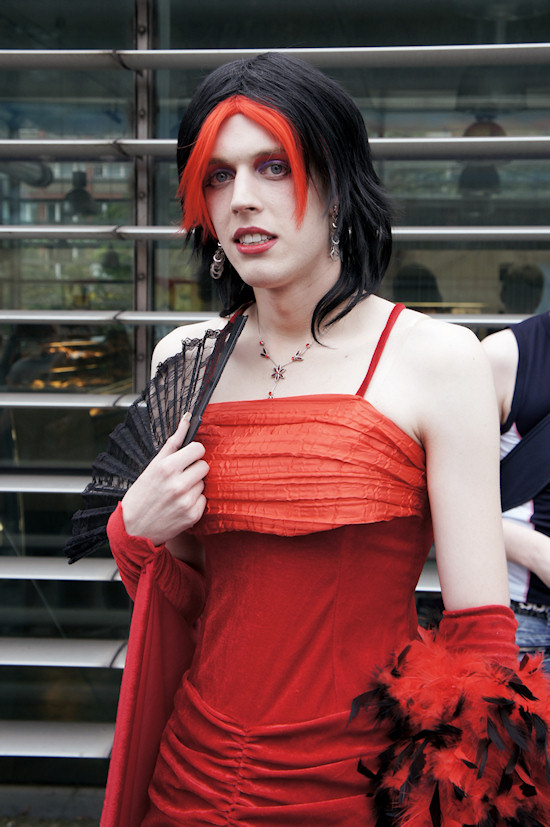 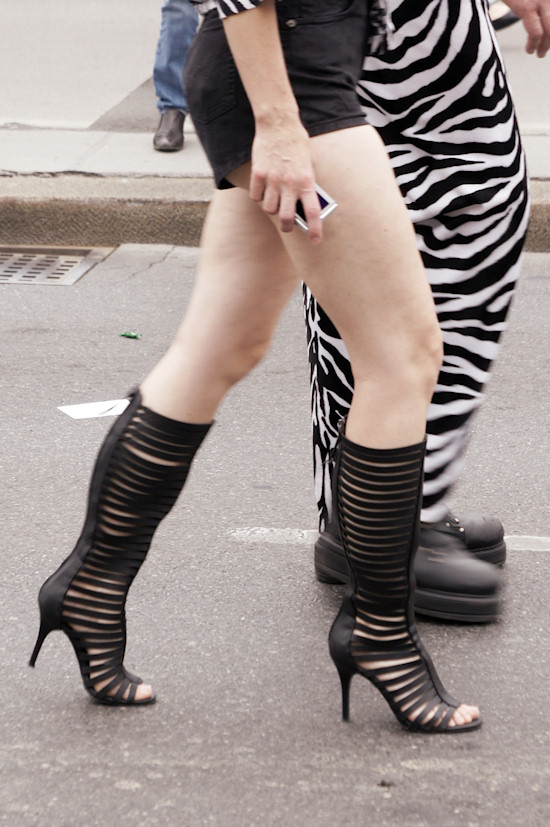 Chilling on a truck 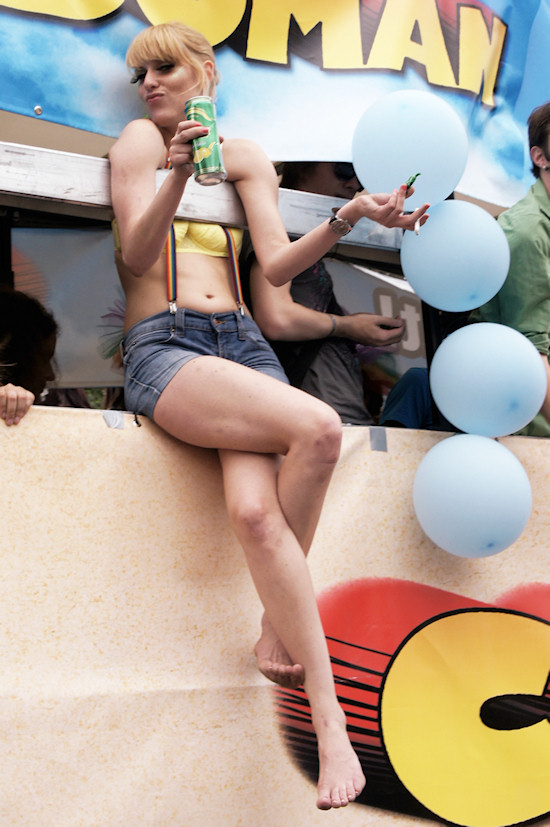 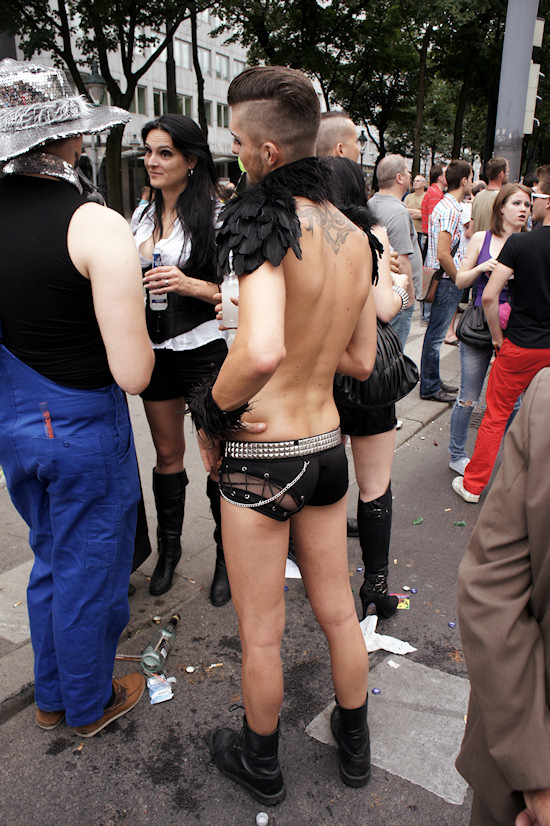 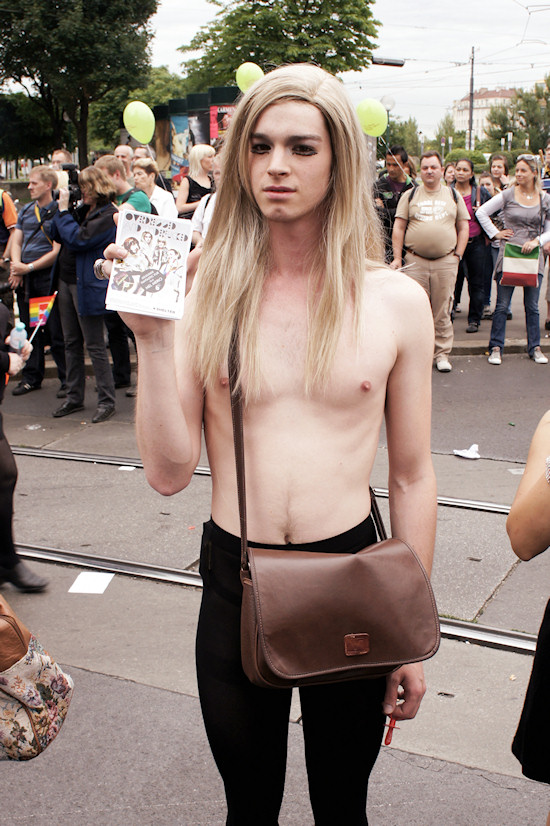 Next two with leashes 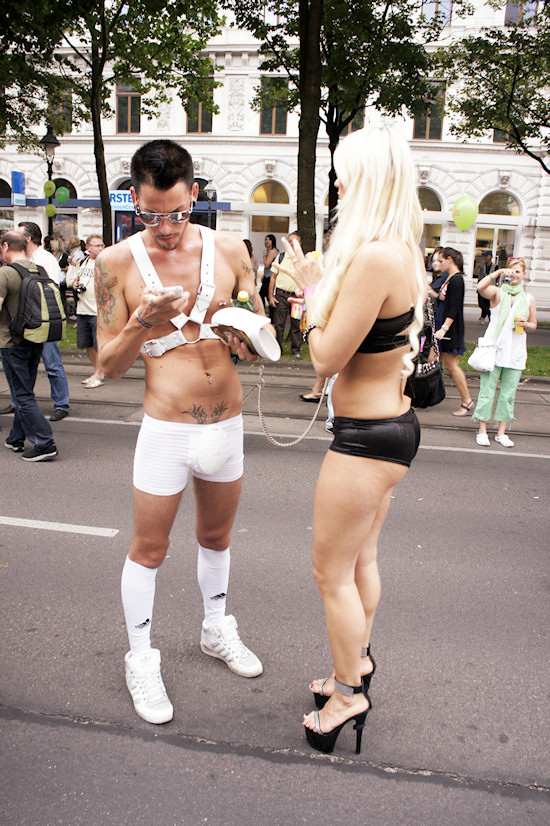 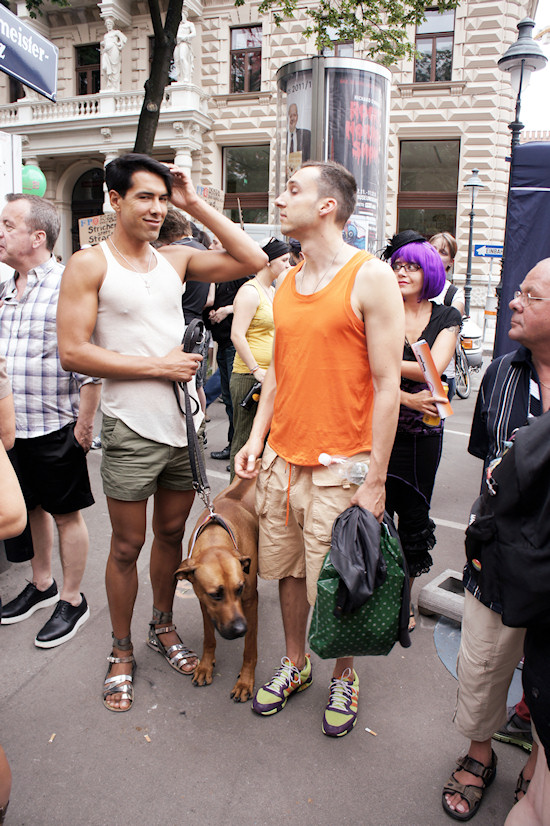 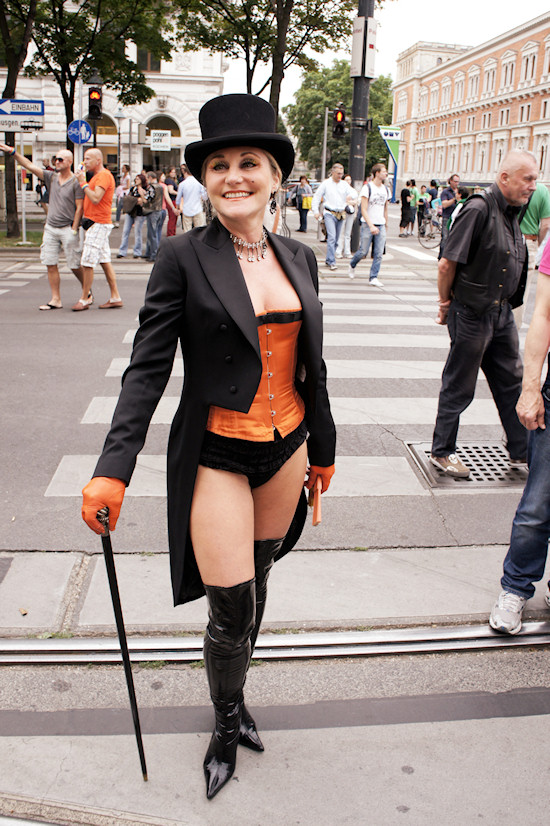 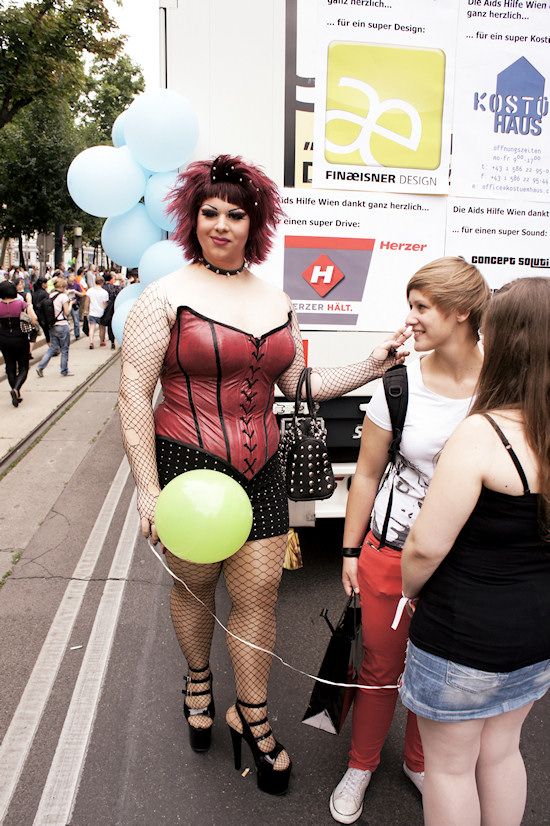 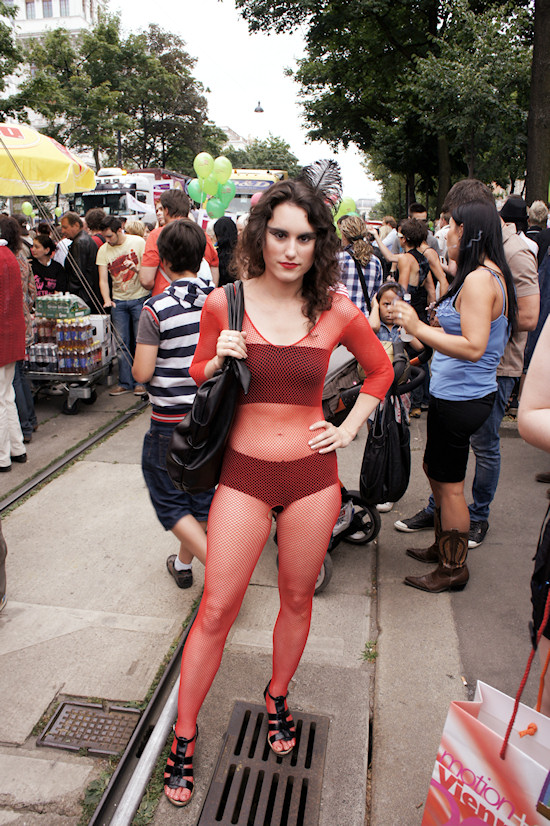 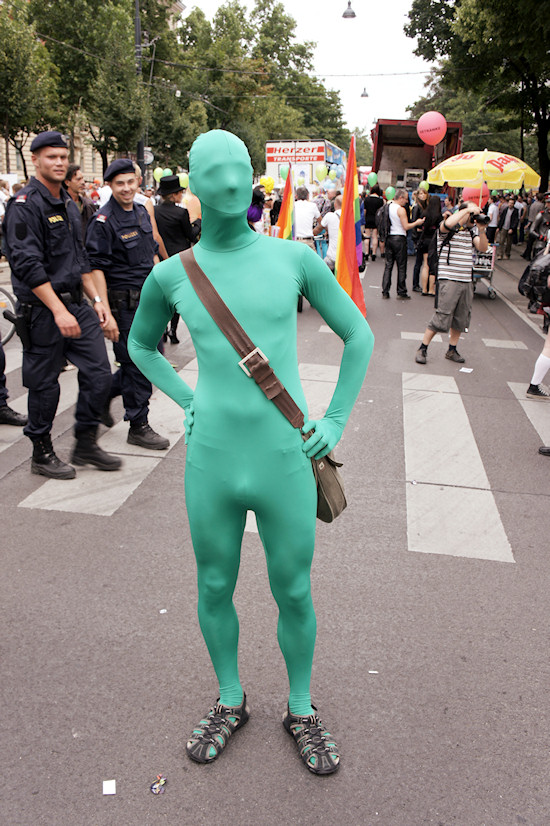 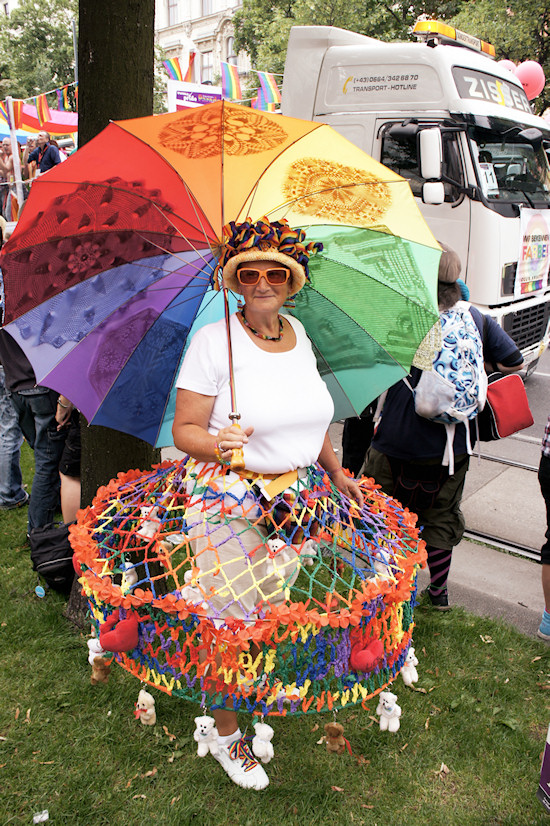 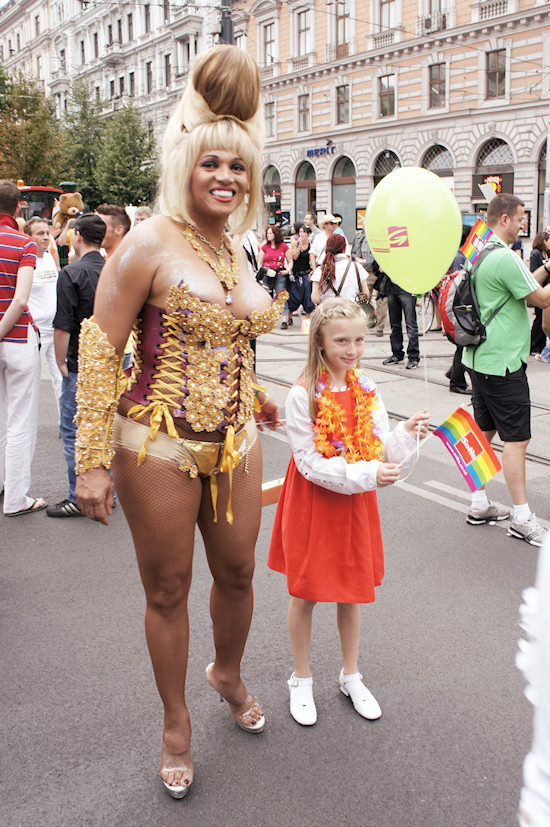 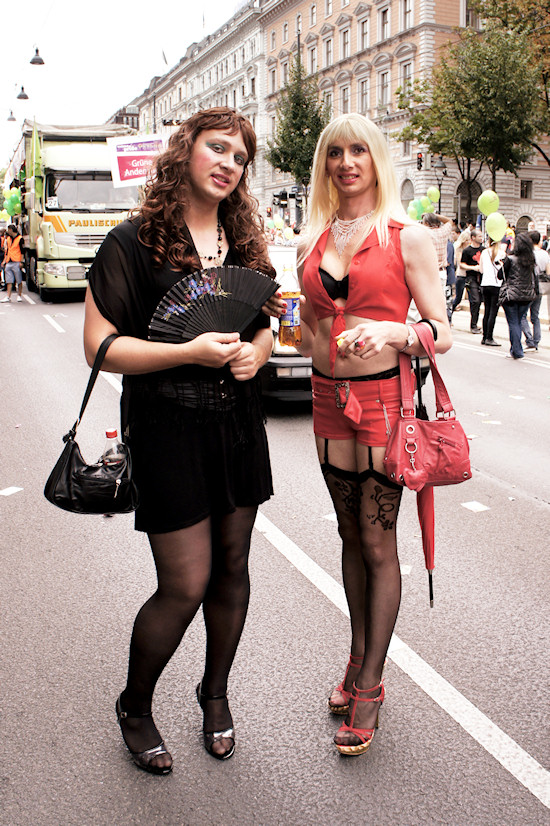 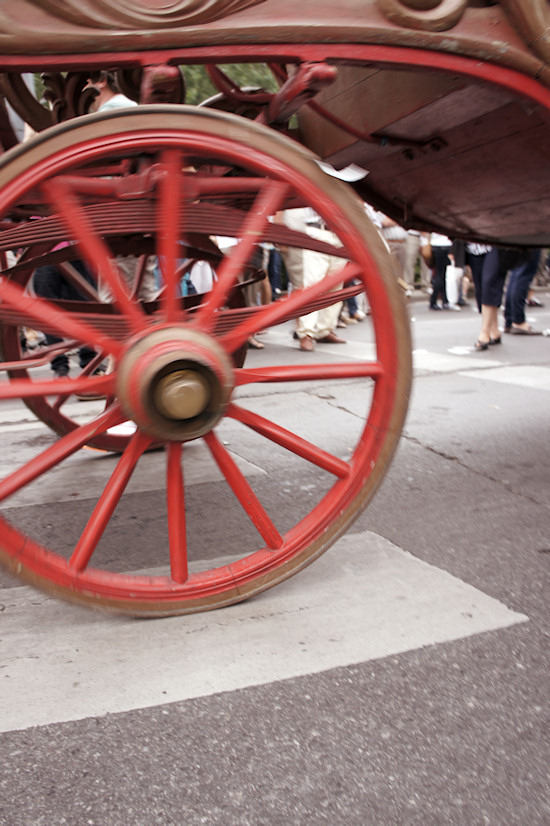 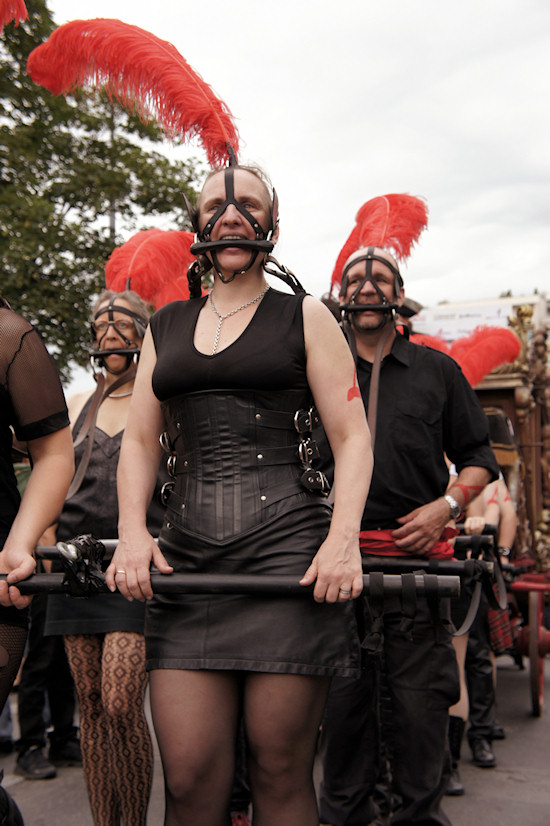 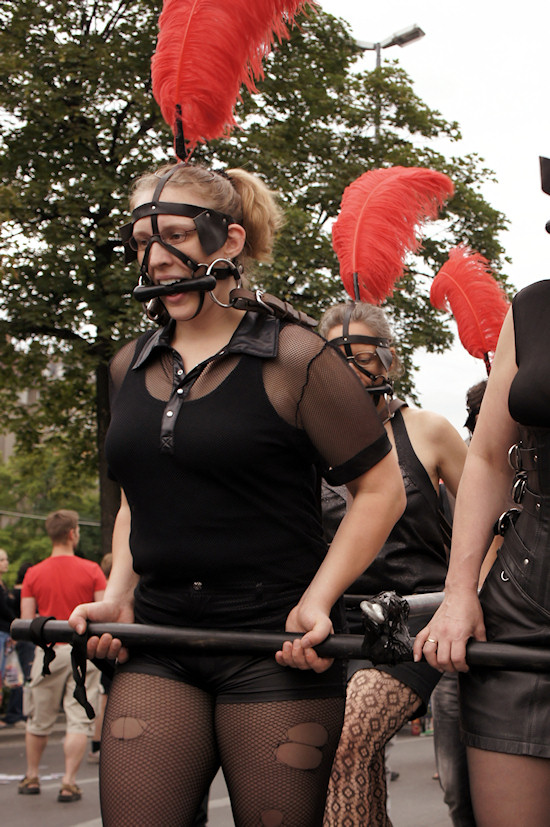 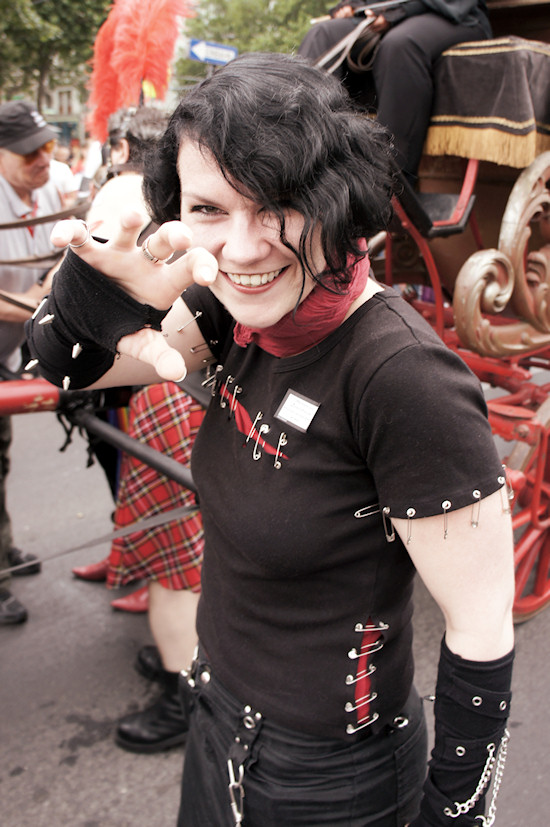 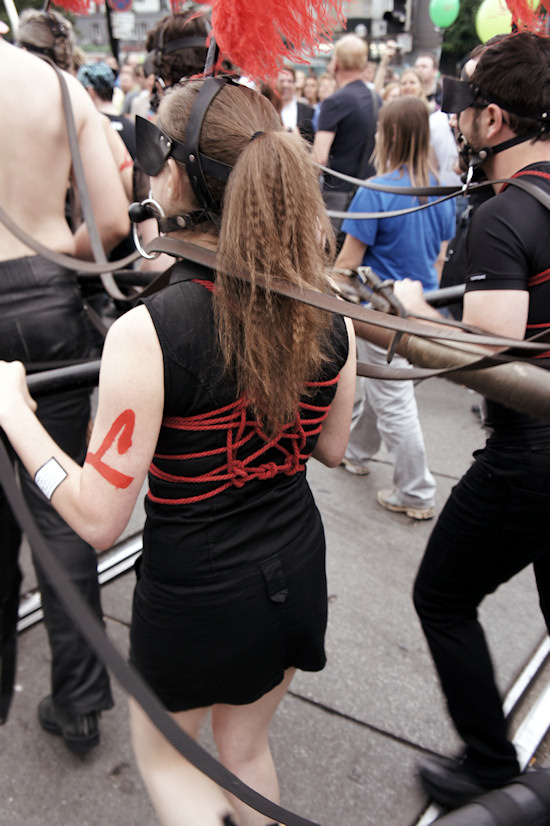 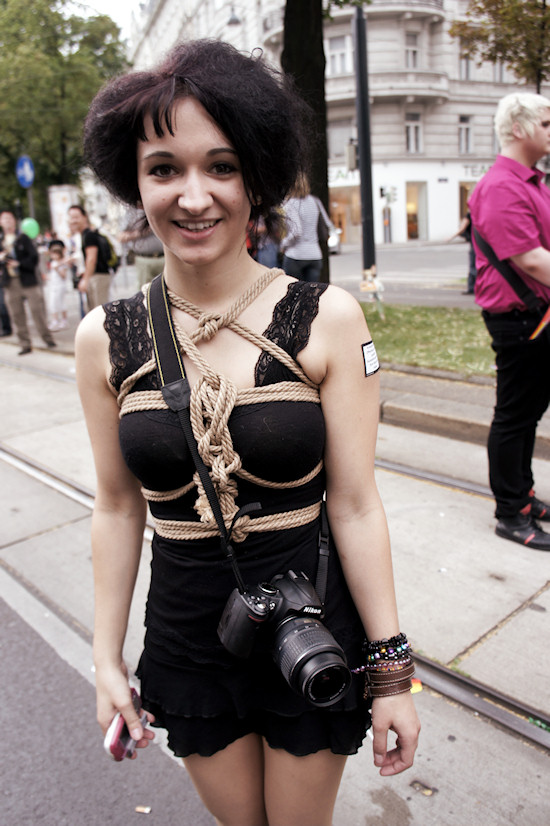 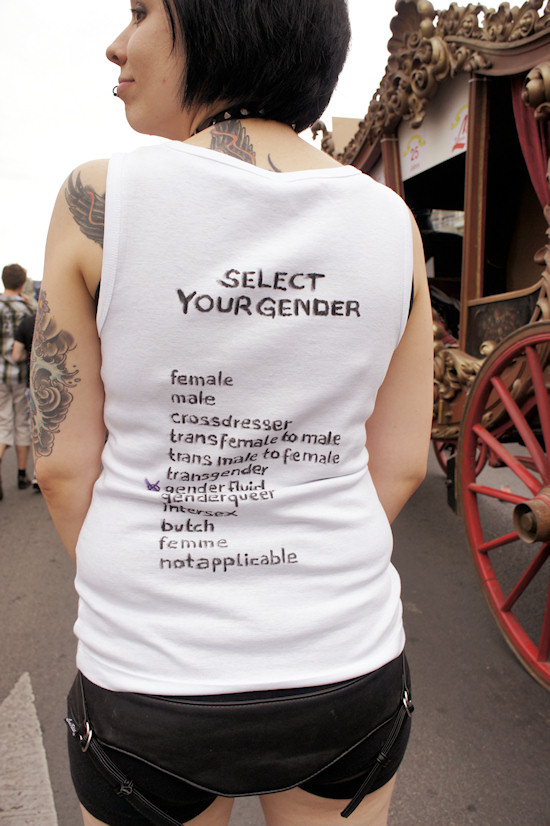 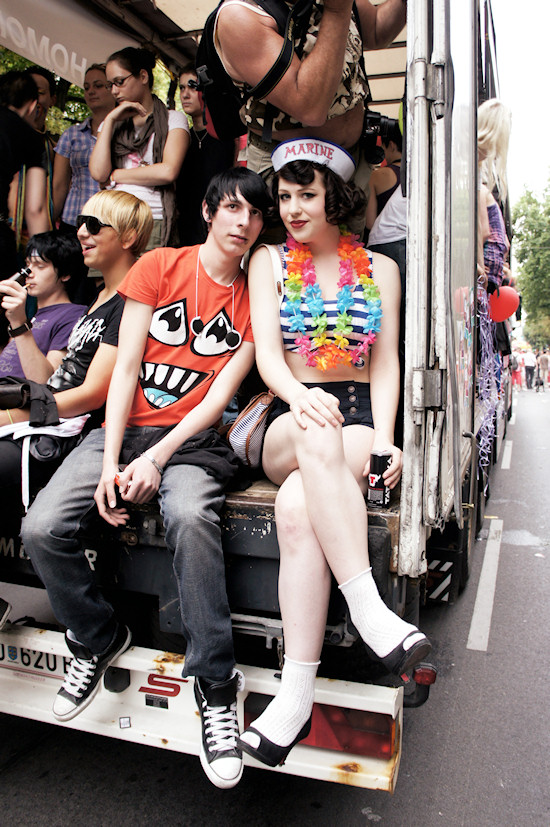