A symbioses of fashion and modern dance with a narrative behind every collection — ballable by Korean and now Berlin-based designer Saena Chun. 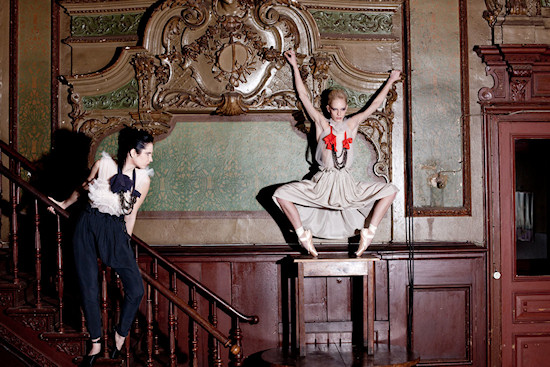 Hi, I love it when a photograph is not just an image of a product, but when it tells a story.

And saena does just that with modern ballet dancing models in her romantic ballable dresses in a decaying baroque ballroom. Posing on podests en pointe (on tiptoes) in extreme positions. Amazing!

Saena Chun studied Fashion and French literature in Soul, Korea, worked in Paris, before moving to Berlin, where she launched her label saena two years ago. 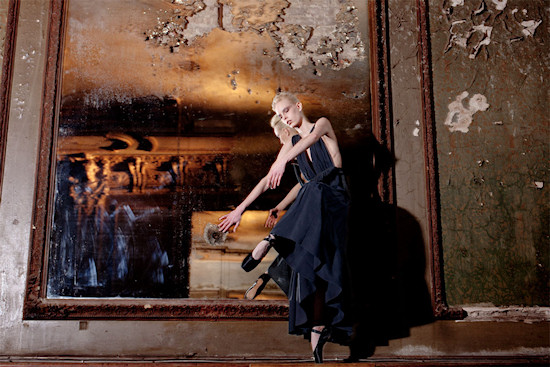 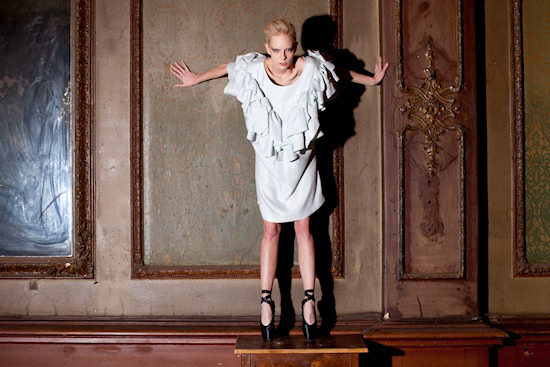 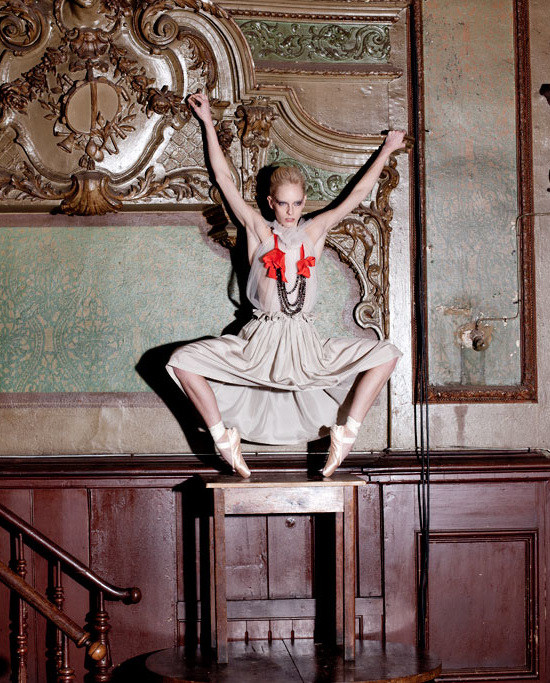 Well what to say. Nowadays this models are doing a lots of crazy stuff just to become a model somehow.

Was there any need to do this kind of poses?