I learned something new about uniforms. This cool bondage rope or braided cord, you often see on uniforms, is officially called "Fangschnur" or "Aiguillette". 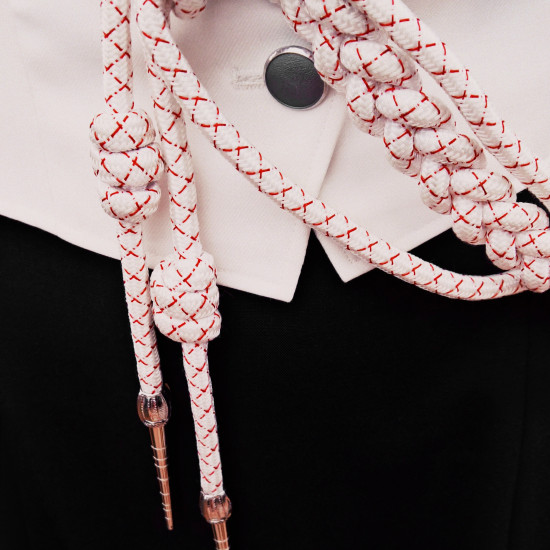 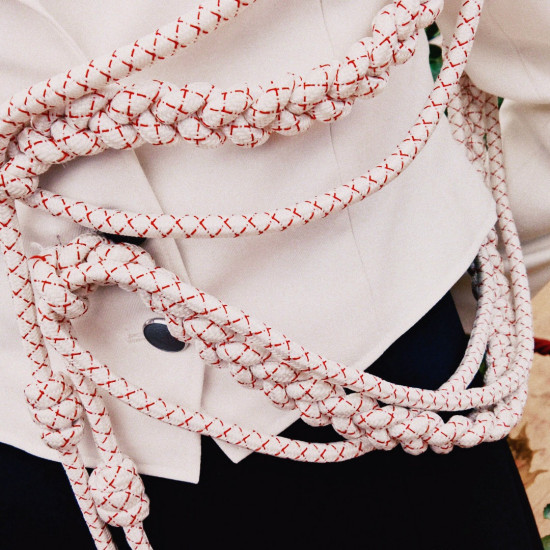 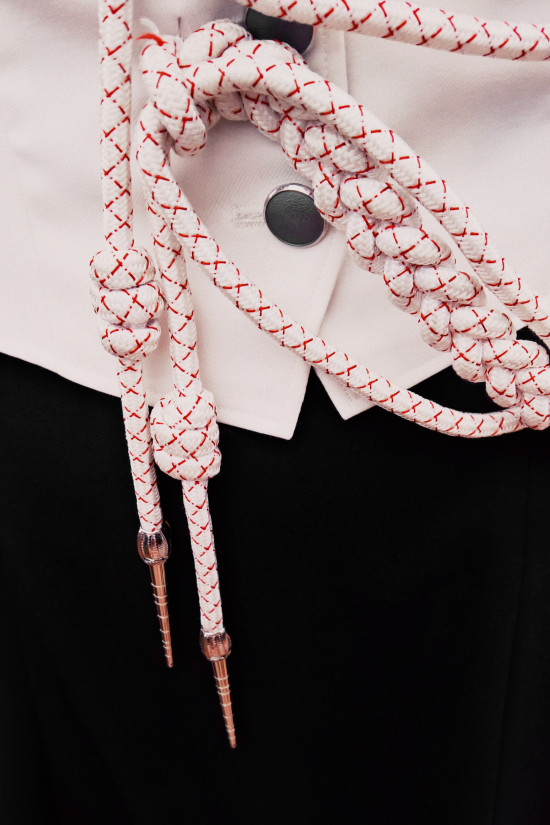 The exact origins of the aiguillette is unknown, but several legends have arisen. For example, the rope could have been used to hang disobedient soldiers, or used to tie parts of the armor together, or used as a rope for horses. But these explanations probably belong to the realm of tales. What is however known is that since the 16th and 17th centuries the aiguillette has been used as a decorative and honorable part worn on uniforms and other formal dresses.

I love uniforms because I think that people look different when they wear one. But I most saw male uniforms.